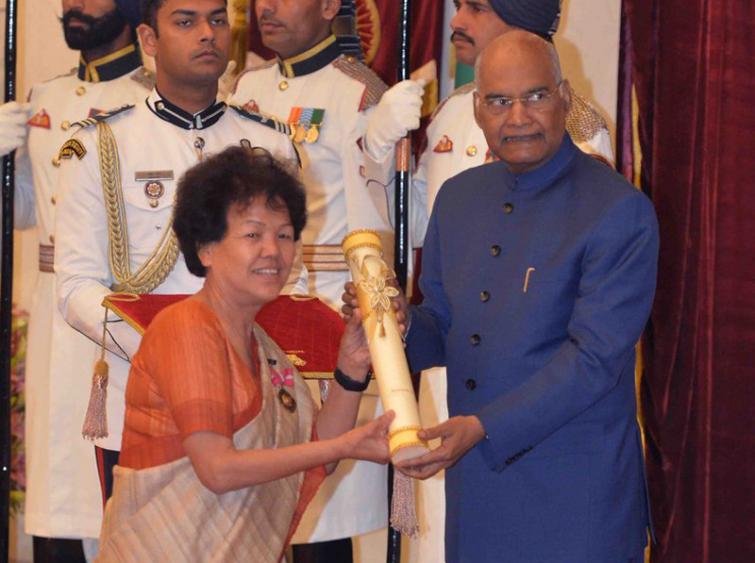 The award was given to her by the Government of India for her contribution in the field of mountaineering and women empowerment.

Bachendri reached the world’s highest mountain as a member of the Indian Everest Expedition, organized by Indian Mountaineering Foundation ( IMF), in 1984.

Expressing her gratitude to all of those who congratulated her and conveyed their best wishes on the occasion, Bachendri said, “I would like to express my deep gratitude to all of you for taking out your valuable time to send the good wishes.  I feel greatly humbled and honored. First and foremost  I will like to dedicate this award to my parents from whom I learned the values of life, to Tata Steel who provided me a platform to practice these values which I consider higher than Everest, to the Indian government, who stood beside me whenever I needed it, and to the IMF for introducing and encouraging me about the sport of mountaineering “.

Bachendri, who is now working at Tata Steel as its Chief of adventure programme, has earlier received Padma Shree in 1984, Indian Mountaineering Foundation Gold Medal in 1984,  Arjuna Award in 1986 and National Adventure Award by Government of India in 1994.

She received the Padma Bhushan award on Mar 16.