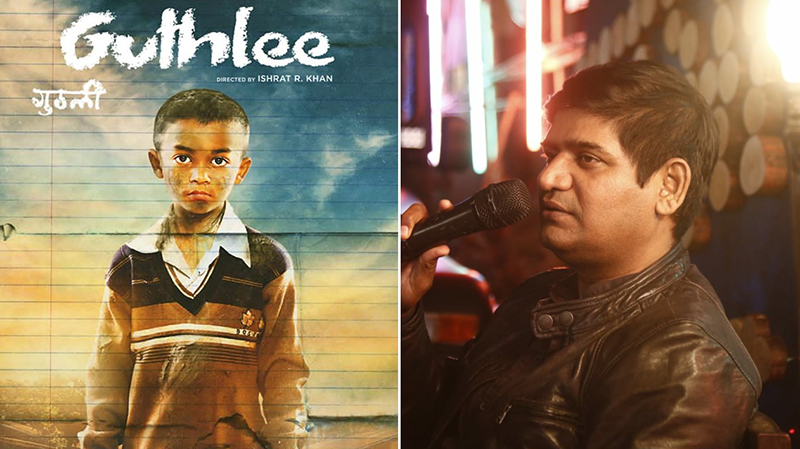 Guthlee, a touching film on education for the Dalits

Filmmaker Ishrat Khan's Guthlee, produced by Pradeep Rangwani of UV Films, is being screened at Nandan  as part of the 27th Kolkata International Film Festival 2022. Shoma A Chatterjee speaks to director Ishrat Khan how a father and his boy, Guthlee, struggle for admission in a school which refuses to admit him because he belongs to the community of manual scavengers.

Over the years, Hindi cinema has  given a signature nod to the untouchables of society with some good films, some pretentious ones and some targeting foreign festivals and national awards. Among them one may name films like Manjhi - The Mountain Man, Ankur, Article 15, Court, Bandit Queen and many others. The train began with Achyut Kanya but the treatment, perspective and approach have evolved for the better over the years.

Guthlee, which is being screened in the Kolkata International Film Festival (KIFF), has a very serious subject - the struggle of a father and his boy, Guthlee, for admission in a school which refuses to admit the boy because he belongs to the community of manual scavengers.

Guthlee is directed by Ishrat Khan. Guthlee (Dhananjau Seth) is the name of a small boy who lives in a small village with his parents and little brothers and sisters. But his dreams are big and he wants to go to school.

His father Mangru (Subrata Dutt) cleans gutters along with his friends but backs his son's dreams of a better life through education. They belong to the Chuhra caste  and the children are not allowed to get into schools because parents of upper-caste children do not want them to study with these kids.

Though the principal, Harishankar Bajpeyee (Sanjay Mishra), a bachelor who lives with his bedridden mother, is open to the idea, he is afraid of the repercussions this will have on the owner of the private school and the parents. The film charts the journey of Guthlee and the evolution of Harishankar Bajpeyee towards finally opening the gates of the school and education for Guthlee,

Says the young director Ishrat Khan, "Guthlee is a film that speaks volumes about the state of education and the caste system in rural India in today's day and age. Of course, there have been massive improvements in this respect by the government, but still there are untold stories that highlight the plight of the lower caste people and their inability to get education for their children."

"This film is an attempt to bring this matter to the forefront. The film does not try to portray any of the higher caste people in a negative light, it's not an attempt to antagonize, but rather to make people think about the fact that something that is so easy for us to provide to our children - a school education - can remain an unfulfilled dream for so many deserving children just because they belong to low castes."