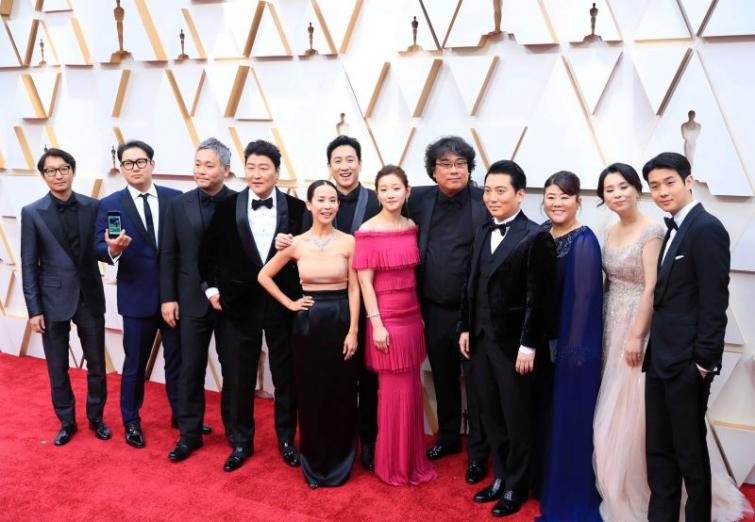 Los Angeles/IBNS: South Korean film Parasite, which has been directed by Bong Joon Ho, created history by becoming the first non-English movie to win the best picture at the 92nd Academy Awards at Dolby Theatre here on Sunday evening.

In all the categories, the South Korean film won for the first time.

The films which were in the race along with Parasite in the best picture category were Once Upon a Time in Hollywood, 1917, Marriage Story, Little Women, Joker, Jojo Rabbit, The Irishman and Ford v Ferrari.

Joon Ho, the Oscar-winning director, said, "When I was young and studying cinema, there was a saying that I carved deep into my heart which is, 'The most personal is the most creative.' That comes to us from our great Martin Scorsese."

Zellweger, who had earlier won the Academy Awards in 2003, dedicated her speech to Garland who died at 47.

After receiving the award, Zellweger said, "Our heroes unite us. The best among us who inspire us to find the best in ourselves."

Hitting out at the racism, inequality and injustice, Phoenix held his award and said, "I have been thinking a lot about some of the distressing issues that we are facing collectively and I think it is the time we feel or made to feel that we champion different causes but for me I see commonality."

"I think whether we talk about gender inequality or racism.. or indigenous rights or anima rights.. we are talking about the fight against injustice.

We are talking about the fight against the belief that one nation, one people, one race, one  gender, one species has the right to dominate, control and use and exploit..I think that we’ve become very disconnected from the natural world, and many of us, what we’re guilty of is an egocentric worldview."

Best Documentary Short Project: Learning to Skateboard in a Warzone

Production Design: Once Upon a Time in Hollywood

Supporting Actor: Brad Pitt (Once Upon a Time in Hollywood)