TIFF 2019: Films that drew attention of cinegoers at the festival

Several films have premiered at the Toronto International Film Festival 2019 which took place in Toronto, Canada. IBNS correspondent Asha Bajaj picks some of the films for short reviews

Directed by Mohandas Geetu, 2019 TIFF movie 'The Elder One' revolves around the basic idea of search, whether it is a search of the lost relative, Geetu's search for characters to fit the plot of the movie, or the characters' search for their lost identity.

The plot of the story is about the two siblings who leave the small island of Lakshadweep, each with a different motive. Akbar (Nivin Pauley), the actor leaves the island to go to Bombay in search of a good job and Molly (Sanjana Deepu) leaves for Bombay in search of Akbar. 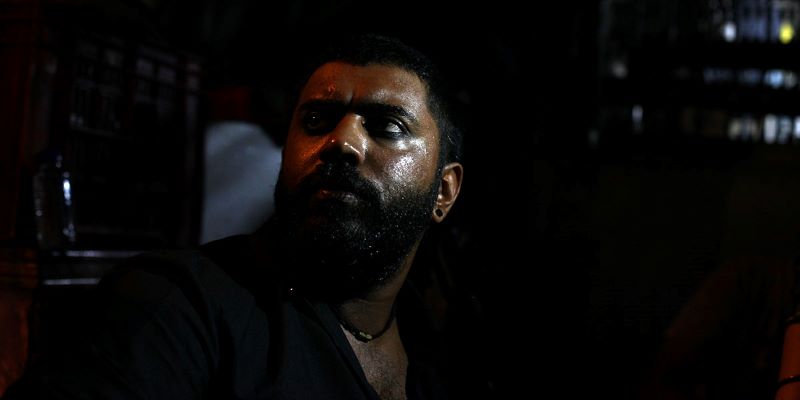 The development of the varied and intrigued characters is very well done by Geetu,  but the flashback technique used for the development of the plot of the story with so much stuff jampacked in a small interval of time, sometimes makes it difficult for the viewers to discern the connecting links. For example reason for Akbar's departure for Mumbai is shown in flashback. The open ending of the story showing the smile and expression of joy on Mulla's face juxtaposed with the tragic collapse of Akbar when he realized that he could not save Mulla was very well picturised by the use of a catalyst. 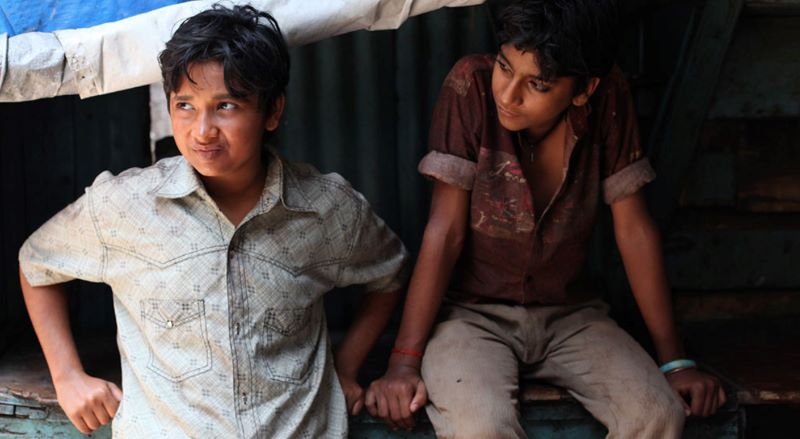 The violence shown in the movie is sometimes too much but it truly reflects the underworld represented in the movie. The world of cruelty and abuse to which both Akbar and Mulla fall prey and what these people have to do to earn their living is a true representation of the poverty of Mumbai and the underworld life.

Our Lady of the Nile

Directed by Atiq Rahimi TIFF2019 movie 'Our Lady of the Nile' intuitively describes the frightening real dangers of inter-ethnic racism about young girls who are taught to become the Rwandan elite.  The depiction of slow creeping of violence in the movie, in a closed-off environment of a prestigious Catholic boarding school, brings to the movie an element of unrealism. 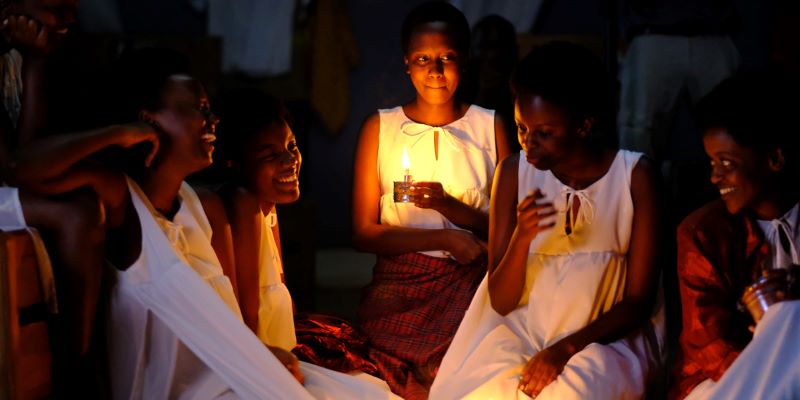 This is further heightened by the catalytic use of the wild contrast of softness and peace and beauty of landscapes of the country and the innocence of these girls. The film's basis of the constant search of beauty characterising religious art pitched against the sudden violence resulting in the fading of the darkness is portrayed picturesquely.

Directed by Kazik Radwanski, TIFF 2019 movie ‘Anne at 13,000 ft’ narrating the exhausting cinematic experience of Anne portrayed with the elements of emotions and intellectuality, keeps the viewers spellbound during its 75-minute running time.

Anne's conflict with herself regarding her poor performance in the daycare where she works, her crumbling relationships with her newly found love in Matt is described with a fairy-tale approach. This is wildly contrasted with Anne's diving, portrayed as awakening with passion and rage from the slumber of confusion brings to the movie and element of  psychology to the movie 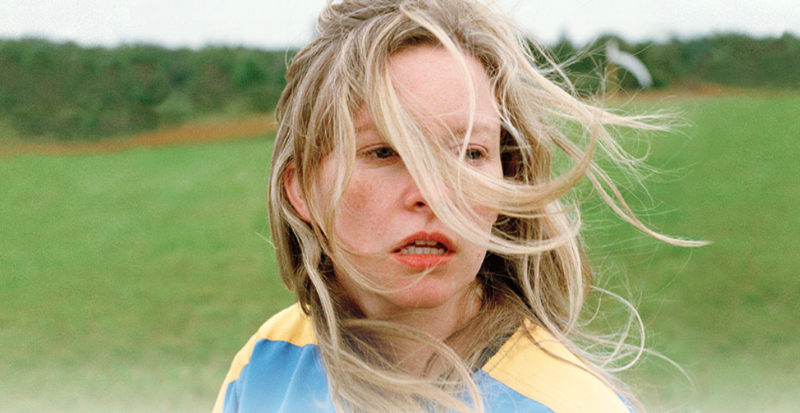 The dramatic portrayal of the rationalisation of Anne's mental illness with an element of humaneness has been intuitively described.

Writer director Taika Waititi's latest film, Jojo Rabbit narrates the story of lonely German boy Jojo (Roman Griffin Davis). The plot of the story is based on his own life spent in a prejudiced society Taika Waitti, who plays the role of Jojo's imaginary friend, presents through Jojo a child’s eye view of an intolerant society after completely brainwashing the 10-year old Jojo.

Then one day Jojo discovers his single mother (Scarlett Johansson) is hiding a young Jewish girl (Thomasin McKenzie) in their attic. Jojo who was taught to hate Jewish finds his safety at home with his endangered. He felt that even his imaginary friend Hitler cannot protect him against the fear that gripped him.

Through Jojo's story, the director reveals with humour and pathos, the sad story of how hate preys on the weak and the young, and how history keeps repeating itself.

A Beautiful Day in the Neighborhood

Directed by Marielle Heller, TIFF 2019 film A Beautiful Day in the Neighborhood recounts the story of a journalist, Lloyd Vogel (played by Matthew Rhys) who accepts an assignment to profile the children’s television host Fred Rogers (played by Tom Hanks) in Marielle Heller's biographical film.

Lloyd's prejudiced opinion of Rogers is transformed when he sees Rogers' empathetic message to the young viewers how to deal with real-life challenges, conflict, and pain. 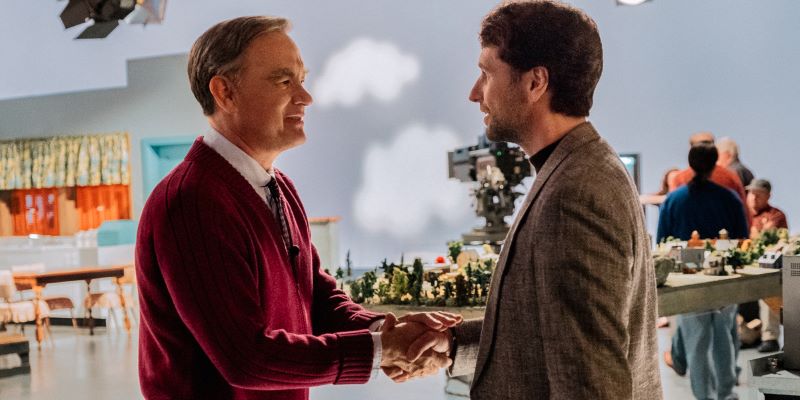 Besides uncovering the plot of the story after a few minutes, the script of the film by the team of Micah Fitzerman-Blue and Noah Harpster also reveals Rogers' mode of presenting a prototypical case study of anger management.

The movie not only reveals Lloyd's real confidence about the rationale for staying within his bounds but also displays the exploration of Rogers' lasting appeal.

The director, Mahnaz Mohammadi, in his dramatic first feature film 'Son-Mother' crafts an authentic story of how a widow Leila (Raha Khodayari) with an infant and a 12-year old son, Amir (Mahan Nasiri) working tirelessly in a factory, succumbs to the offer of marriage from another factory worker Kazem (Reza Behboodi).

There is a twist in the plot when Leila faces the dilemma of Amir's sharing the same room as Kazem's young daughter and Leila chooses to abandon her son.

The story is told first from the mother’s and then the son’s point of view and reveals the evil combinations created by the country’s archaic rules and laws with prejudice against independent women. 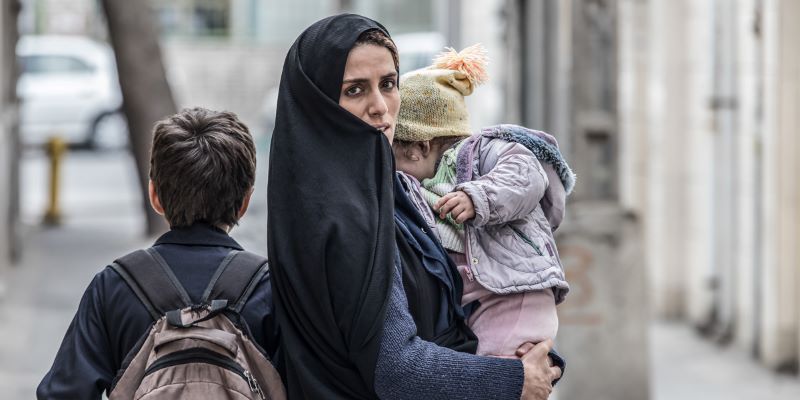 Mohammadi's passion for social issues and talented technical team is led by cinematographer Ashkan Ashkani, who approaches common situations with his creative skills.