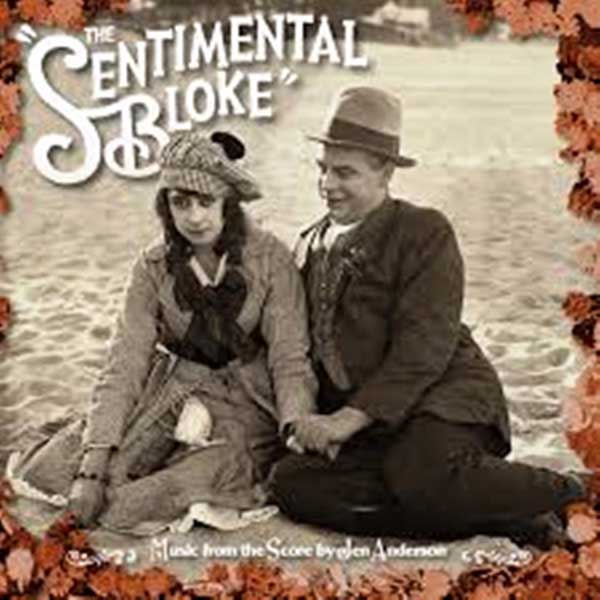 Kolkata, Nov 14 (IBNS) The iconic Australian film The Sentimental Bloke drew a slender crowd in Nandan III, one of the venues of the ongoing Kolkata International Film Festival. But few were aware that this film, besides being a very good film made way back in 1918-1919, has a history of its own.

Adapted from a very popular piece of poetic work by Australian writer C.J. Dennis, film historians in Australia consider The Sentimental Bloke perhaps the best silent movie of its time within Australian cinema.

The very reality of being able to watch a silent Australian film with huge title and dialogue cards in decorative hand and beautifully framed, is exciting. It uses a very old form of English and so it takes time to get used to. It is magical that we are able to watch it on the large screen at Nandan  in Kolkata, in 2018, some 100 years since it was released in 1918.

The book, published in 1915, is set pre-War, and that may be part of what made it popular with post-war audiences: it showed the city as a colourful pageant, full of unlikely characters, horse-drawn carts (not cars), and a lot of diversion provided through pubs with fat bar girls and “two-up” schools which probably means illegal gambling.

And what is the name of the small town where everything happens? It is a place called Woolloomooloo, a suburb in the Sydney dockside. It takes some time to warm up to the film because we feel that the action happening on screen is just too childish to laugh at but that is how it would have been in 1919, just after World War I had ended.

Witnessed today, The Sentimental Bloke appears too naïve and simple to seem funny but it has a very optimistic story that ends in hope and happiness in which the hero is not like the heroes we have been nourished on during our growing up years.

We find him behind bars soon after the film begins, caught by the police for his gambling and fighting. But he changes suddenly after being released from prison after six months. He finds it impossible to land a job, probably for his prison record but he suddenly sees a pretty girl named Doreen and falls in love with her at first sight. It turns out that she works in a pickle factory pasting labels to pickle bottles.

Bill, also known as “the kid” asks a handsome young worker to introduce him to Doreen. In the end, the two get married, Bill gives up all his practices beyond the law and the two live happily ever after.

The film we watched was in monochrome and not in Black-and-White and before it began to narrate the story of Bill with a very good performance by Arthur Tauchert, a short history about the film scrolls through a bit so fast that it goes before you can catch it.

Australian cinema curator Graham Shirley writes: “The Sentimental Bloke has, from the time of its release, been regarded as the supreme achievement of Australia’s silent era of film production. It was better reviewed and better received than any other pre-1930 Australian feature film. The vividness of its characterisation, heartfelt and sympathetic storytelling, its mixture of comedy with realistic backgrounds, and its Australian box office success played a major role in defining Australian national character on screen.”

Shirley goes on to state that after the rediscovery of a sole surviving 35mm print of The Sentimental Bloke in the early 1950s, the film reached new audiences for another 50 years via 16mm prints loaned Australia-wide by government film libraries.

During this time, all but one reel of the 35mm print was lost after the film had been copied, in 1954, to 35mm black-and-white duplicate negative. As a consequence the 16mm black-and-white copies of the film that most people saw during this time were visually inferior to The Sentimental Bloke’s original, needle-sharp, colour-tinted viewing experience. A postage stamp to celebrate the film's success was brought out by the postal department.