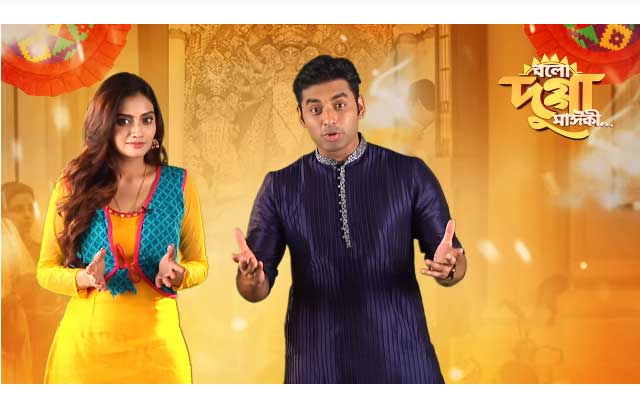 Directed by Raj Chakraborty, the trailer of Bolo Dugga Maiki showcases the story of Samya and Uma, set against the backdrop of Durga Puja with equal bits of romance,comedy,family bonding and festivity.

Amidst a lot of confusion and plot twists, the love story between two blossoms with a little help from family and friends.\

The film is seen as a major release of the Tollywood (Bengali film industry) during the upcoming Durga Puja season.