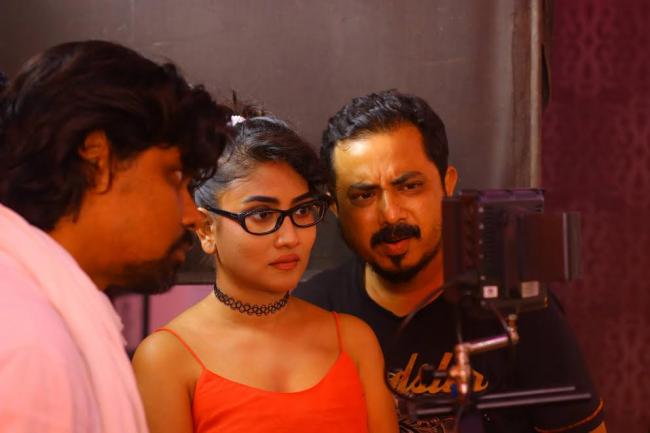 India Blooms News Service | | 04 May 2017, 02:43 pm
##SinSister #DebleenaDutta #TathagataMukherjee #PowerPublishers #PsychologicalThriller
Kolkata, May 04 (IBNS) Filming of the upcoming Bengali feature film Sin Sister began from April 26 with the movie touted to be a dark psychological thriller, full of mystery around a pair of identical twin sisters.

The makers said the film has lots of unbelievable twists and turns, and an ending that one would not be able to imagine, said Pinaki Ghosh, the co-producer of the film.

The film is directed by Subhabrata Chatterjee, and adapted from the English novel Sin Sister, by Australian bestselling author Geri Hemer. It is produced by Geri Hemer and Pinaki Ghosh, under the banner of Power Publishers & Motion Pictures. 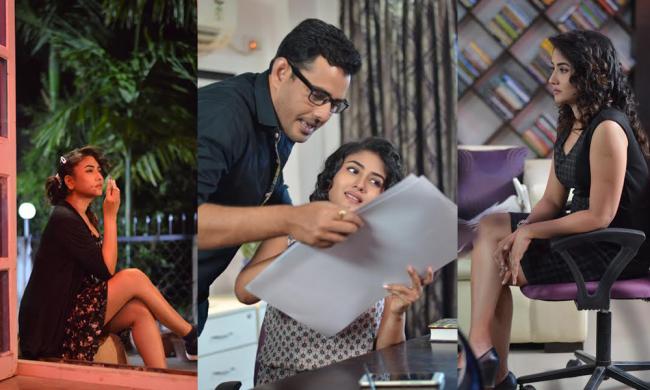 Geri, the writer and co-producer of the film, has flown all the way from Brisbane, Australia, to be present in the shoot. She said, this film shows the lead actress in a double role, and double roles have not happened in Bengali films in the last 10 years. That way this is a very special film.

Tathagata Mukherjee, the lead actor, playing celebrity author Durjoy, said Debolina and his chemistry on screen is appreciated and that is why they have been cast in lead roles in back to back films.

DebleenaDutt, playing identical twins Piyu and Kuhu, in the film, said this film is completely different from any other films around twin sisters made in history.

She said she is portraying two sisters who work with youth icon, celebrity bestseller author Durjoy Mitra, portrayed by Tathagata Mukherjee. Piyu is a graphic novel artist, while Kuhu is an editor. Durjoy’s fiancé Tanushree is played by Tuhina Das,who gets friendly with the twins, while getting ready for her marriage, when something unexpected happens, triggering a series of unexpected and dark incidents.

In real life twins are not as different as black and white, unlike we saw in earlier films around twins, like Chaalbaaz or Sita Aur Geeta.

Piyu and Kuhu are very similar, with some differences that can be traced to their dark childhood, and the development of their characters is logical, with in-depth introspection into their psychology, said Debleena Dutt, playing the mystery twins.

National Award winning singer Rupankar Bagchi is playing a shrewd police investigator who tries to untangle a mesh of mystery and confusions. He has his unconventional ways to unearth the truth which lies hidden. His characterization is unlike any other Bengali detective seen on screen before. Rupakar and Shilajit are lending their voices for the songs in the film.

The film is being shot in different locations of Kolkata and Rajarhat Newtown. The director said, he is using drones to shoot some of the action sequences. He is using some of the state of the art techniques used in Hollywood, to show the two sisters in the same frame.

Power Publishers & Motion Pictures, the company behind this project, has been a leading book publishing company of India for 10 years and is now diversifying into films for the last 1 year, said Sudeshna Sen, the Executive Producer of the film.

The film also brings into highlight graphic novels in a very special way.