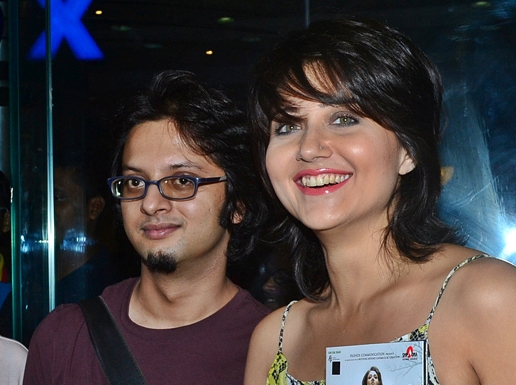 Talking to IBNS at the press meet of his forthcoming release Family Album, the sharp-witted young director said, his contemporaries like the duo of Shiboprosad Mukhopadhyay and Nandita Roy have more than proved in their recent release Belaseshe how the average Bengali would react to the films with a good story.

"I can add more films to the list - Rituparno Ghosh's Unishe April, and Anindyo's Open Tee Bioscope. This shows one needs to build up on a good story and carry on," Mainak said adding he was happy with the arrival of film makers like Shiboprosad on the scene.

"In fact more than the running of the film for 500 days or 5 years, what matters is to guess what the audience wants to hear, want to see. If I build a film with producer's money I have the duty to return him the money," Mainak said.

Taking up late writer Suchitra Bhattacharya's Char Deoal as the reference point of his film Family Album, Mainak  said: "I have expanded on the tale of a boy-girl relationship in my own way. In fact more than a tale of relationship between two individuals, Family Album is a story of relationships on various fronts."

"It also refers to our tendency to only project our best side in public forum like Facebook where we try to show how much better we are than everybody else but hiding the warts. We are only obsessed with getting likes to the falsified image at times," said Mainak, whose film Maach Misti and More was a hit.

While actors Saswtika Mukherjee and Paoli Dam enact the role of two best friends in Family Album, Dutta Vs Dutta actor Ronodeeb Bose and Riya Sen are the other two as couple.

Contrary to some perception Family Album is not themed on lesbianism but a clean family entertainer, Mainak said.

Keeping to the title, it refers to the unspoken frames of the album and a mom's tale as well, he said.

The film has been produced by Friends' Communication.


Image: Mainak with her friend and favourite actress Swastika Mukherjee