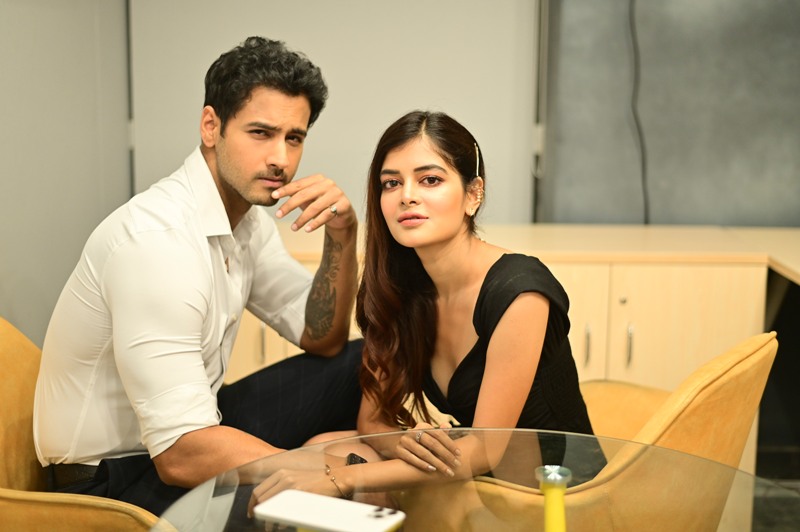 Sung and composed by the very popular Bangladeshi singer Tanveer Evan, the song is now out and streaming on SVF’s YouTube page.

Directed by ace choreographer and director, Baba Yadav, the music video will be a visual treat to the huge fanbase of Yash and Madhumita who have been waiting eagerly for their on-screen comeback for the last few years.

SVF Music’s ‘O Mon Re’, helmed to be the next love anthem of the year, is all set to invoke the spirit of nostalgia amongst the viewers.

The cinematography of 'O Mon Re' is by renowned DOP and Director Soumik Halder.

This is the first time he is working in a music video.

Exhilarated about working with the most popular on-screen pair for the first time, Baba Yadav says, “Yash and Madhumita have a fanbase beyond imagination. It’s a pleasure working with both of them. Their chemistry has made the song much more special. It’s a love song- there's a lot of real emotions involved. Human lives are never stagnant- it changes with time and situation. That’s what the song will highlight- the changing reality of two individuals who choose to accept what comes their way. I hope the video will have an impact on the audience.”

Yash Dasgupta, the male lead in the video, says, “I have been getting crazy requests from fans for many days to appear with Madhumita on screen again. Finally, it's happened! I hope this song will give the audience a chance to reminisce us and celebrate love the way it is. I am glad to work with Baba Yadav as he has been extremely supportive and full of fun. The experience of working together as a team with the entire cast and crew was lovely and memorable.“

Excited about the release, Madhumita said, “O Mon Re is a special project. Firstly, because this is my second music single with SVF and secondly, I personally fell in love with this song.  It's so soothing and emotional and I feel Tanveer’s voice is the cherry on top. I am excited to know about the audience’s reaction after watching the video.”

Tanveer Evan, who has sensationalized millions of young hearts across boundaries through his breakthrough hit songs ‘Avijog’ and ‘Ovimaan’, is extremely excited with his debut single in India.

Positive about his first collaboration with SVF Music, Tanveer said, “I am thankful to SVF Music for giving me the opportunity of composing this musical piece. This is my debut work in India and I am quite excited about the release. I hope the song is loved by the viewers.”

‘O Mon Re’ is a fresh and euphonious piece of composition. It is a tale memory, acceptance and letting go - a story that doesn’t promises love to be a fancy fairy tale. Rather a reality, which becomes integral to accept in order to move forward in life. It celebrates love without expectations, interests and takeaway- rather simple and eternal!

With the teaser garnering over 3.5L views and counting, the release of ‘O Mon Re’ is anticipated to set the audience’s heart on fire!