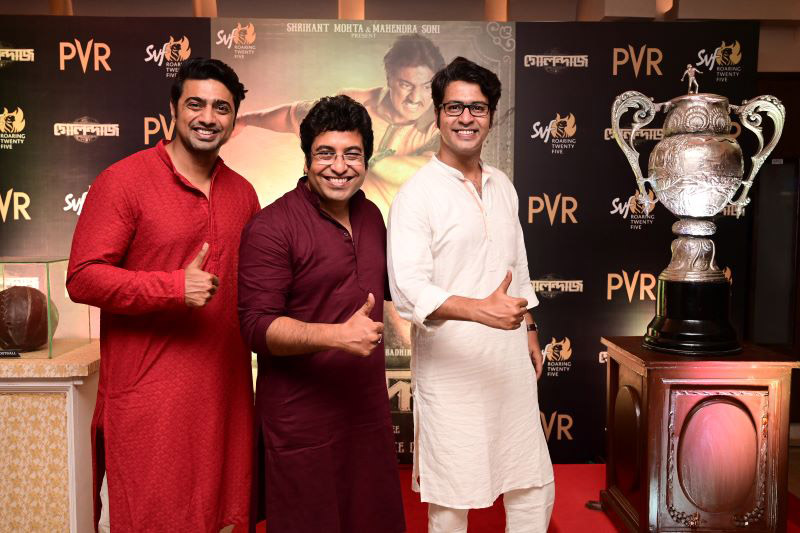 Kolkata/IBNS: The SVF has released the teaser of Bengali film superstar Dev starrer Golondaaj, a historic fiction based on the life of India's late football legend Nagendra Prasad Sarbadhikari.

Directed by Dhrubo Banerjee and with superstar Dev in the lead, Golondaaj’s official poster that was released a few days back. 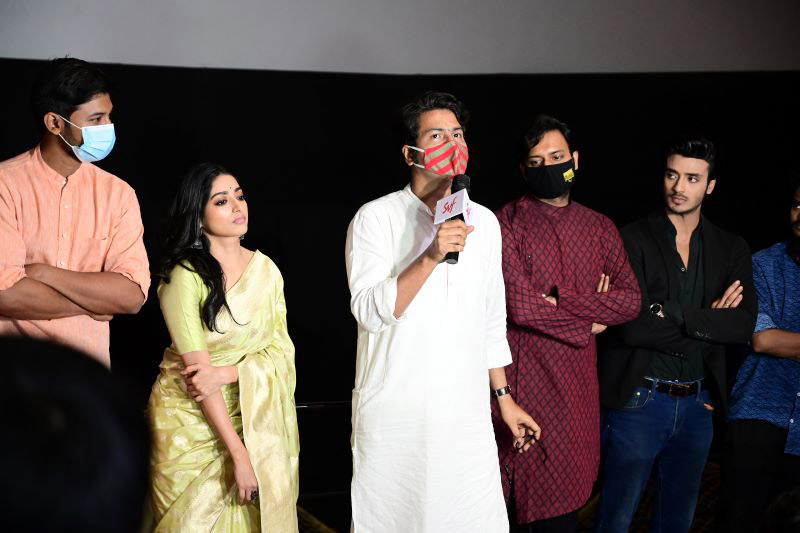 Cast of the film with Anirban Bhattacharya in the centre

The 1:05 second teaser not only depicts the grandeur of this periodic drama.

Golondaaj is a historical drama showcasing the journey of Nagendra Prasad Sarbadhikari, known as the 'Father of Indian Football', the first Indian to ever play football and thereby, introducing it as a mainstream sport in the country. Dev at the centre

The film also narrates how one man goes on to challenge the existing social structure and leading the way like a true leader on the field...the ripples of his action resonate across the country.

Dhrubo Banerjee, director of Golondaaj, said, "Golondaaj is a passion project, one that involves immense contribution of numerous people! The entire team worked extremely hard to make this dream come true. This is the first time the Bengali audience will experience a sports periodic drama at such a large scale.

"More importantly, being a Bengali, making a film on Nagendra Prasad Sarbadhikari and his legendary contributions, is no less than an honour for me. I hope people become more aware about this man and his life through this film. I would like to thank the audience who have already shown interest in the film.  I hope people like the teaser as well." 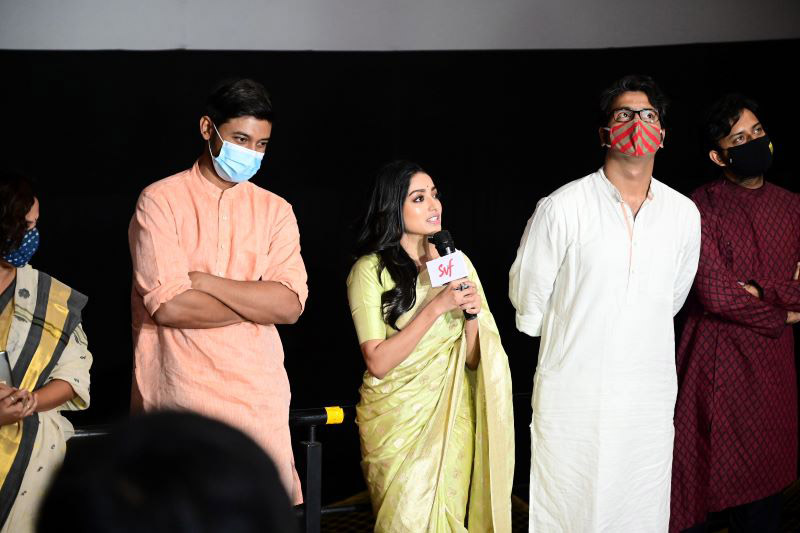 Ishaa Saha in the centre

Dev said, "This film is huge! It will stay in people’s hearts for many years to come. Firstly, I thank both Dhrubo Banerjee and SVF for thinking about making a film like this. I am grateful to play Nagendra Prasad Sarbadhikari, a man who is the pride of Bengal.

"We worked extremely hard for this film, not forgetting that some scenes were physically difficult. But the urge was so immense that nothing could stop us from going. Golondaaj will remain as one of my very special and memorable projects of lifetime." 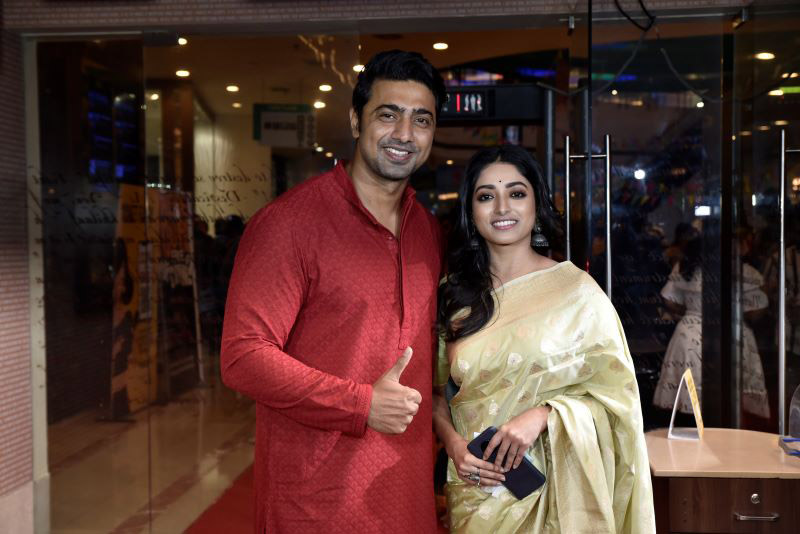 The film is slated to release on the country's Independence Day on Aug 15.