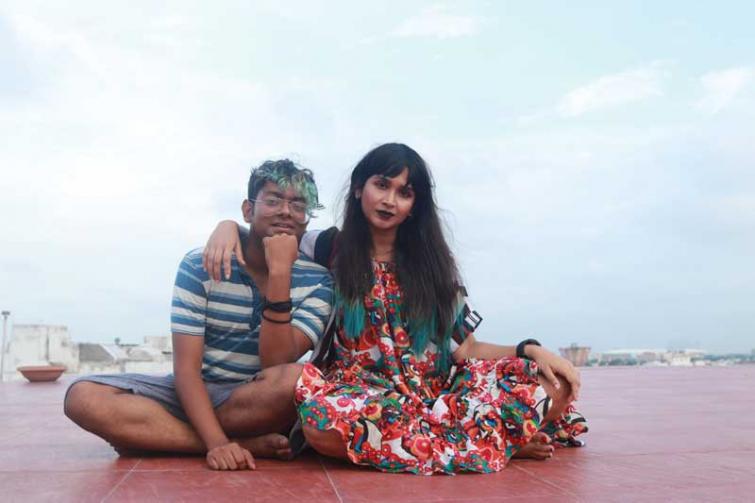 Being a 19-year-old, you are among the youngest filmmakers of India, and reportedly you have a directorial team of 19-20-year olds. Tell me about your team and how did you and your team become interested in film-making? Do you wish to pursue it as a career or as a hobby alongside your career? Do you have any formal training of film-making?

Being interested in painting, photography, and writing since childhood years; all of them seamlessly combined into a singular liking: To tell everyday humane stories through visuals. This made be interested and determined to take film-making as a full-time profession. And it was a boon to have like-minded friends who understood my vision and became a part of my efficient directorial team, which consists of Soumyadipta Kundu, Biplab Das, Suvosmita Mukherjee and Himaghna Maitra. I am formally trained in film-making from Amity School of Film & Drama, Noida. 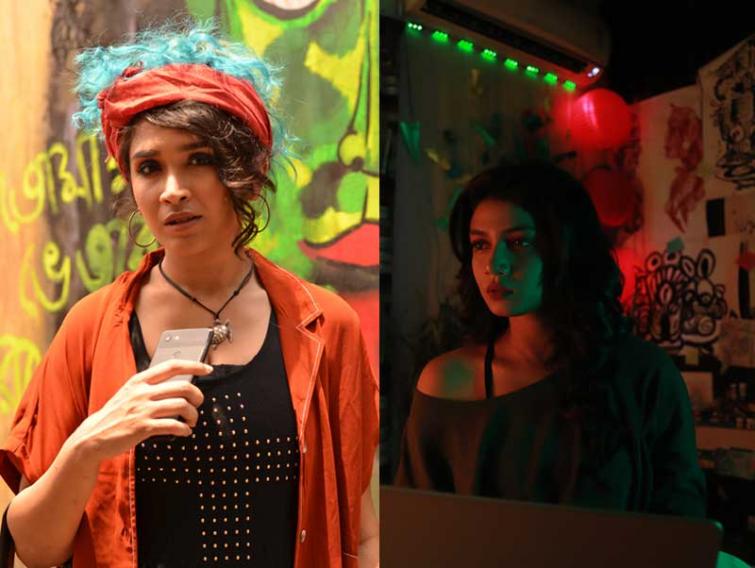 ‘Synthetic Sati’ is the name of your film. That is a very uncommon title and keeps one wondering what it might mean. Tell me the significance of the title of your film ‘synthetic’ and ‘sati’.

Synthetic Sati tells the story of how people of our generation live dual lives; one real, one virtual; one organic, and one synthetic. And the character of Synthetic Sati is a representation of these inorganic times.

According to IMDB, there are two leading ladies in your film; Souraseni Maitra and Kheya Chattopadhyay. Is it a film with a feministic theme or about friendship? Or is it around a darker theme of lesbianism?

Let's reveal that after the trailer launch? But you can expect a bit of each of these aspects, but in a much more matured and realistic treatment. 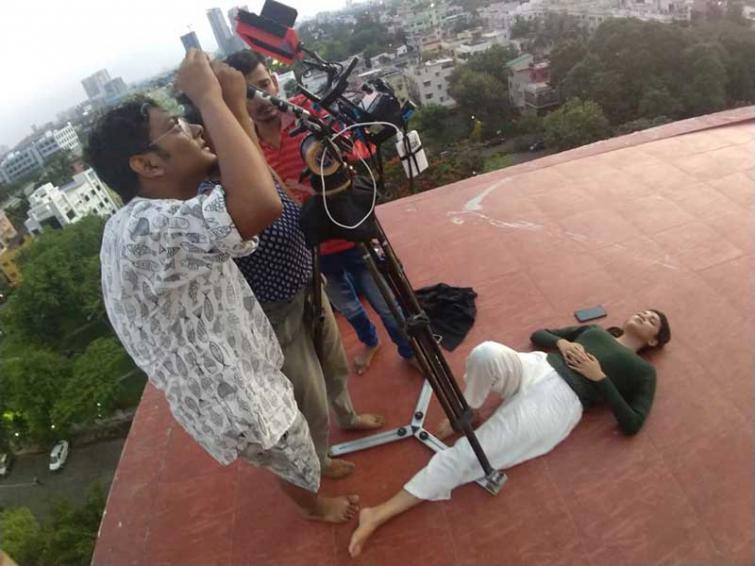 Without spoilers, tell our readers something about the story outline of your film.

Paro (Sauraseni Maitra) becomes a complete social outcast after her ex-boyfriend spreads allegations against her on social media. With no support from her workaholic mother and being at an all-time low, her only support is a new virtual friend with a pseudonym of 'Synthetic Sati' whom she meets through an anonymous messaging app. While Paro's friendship with the virtual friend Synthetic Sati deepens, she also simultaneously starts liking Mahamaya (Kheya Chattapadhay), a girl from her class; not knowing what she is headed for.

It is heard that Synthetic Sati has several big names from the film industry. Tell me something about your experience of working with them. Being a very young director was it a challenge to convince them to work with you or to direct them? Did you get cooperation from them?

Yes, there are several big names associated with this project like Souraseni Maitra, Kheya Chattopadhyay and Prantik Banerjee as actors, Madhura Palit as cinematographer, who is the only woman cinematographer from India to be awarded in Cannes film festival, popular singer Paloma Majumder sang the only song in the movie, Bobo fashion did our fashion, Amir Mondal is editing this film, renowned makeup artist Suman Ganguli handled the hair and makeup, even our sound recordist Tapan Sardar has huge experience and worked with Satyajit Ray and in recent projects like Amazon Ovijaan, Yeti Ovijaan, Debi, etc.

Interestingly, it was an extremely smooth and cooperative experience as each and everyone in the team believed in my vision and gave their level best to achieve that vision. Perhaps it is the screenplay which effortlessly helped convince my team members to be invested in this project and be great guides.

You have paid a lot of attention to decorating your set, use of colors and lighting. Why are these so significant in this film and who helped you execute your planning?

The thing which I give prime priority in all of my projects is the visuals. Whether it be the sets, the lights, the costumes or the detailing; visuals play a key role in telling a narrative. The colors and sets in Synthetic Sati have a deep underlying subtext to Paro's journey and self-discovery in this film. Our production designer Rohan Singh is a powerhouse of talent who helped bring Paro's journey to life.

What type of challenges did you face in making Synthetic Sati, being a very young director, and how did you and your team overcome them?

The fact that we were making a moderately short film meant, our resources weren't as unlimited as a full feature film. And that brought a lot of challenges ranging from having an extremely tight schedule, a highly organized pre-production work and planning, getting permissions, making DIY props, sets and whatnot. On the first day of the shoot, we were shooting a rain sequence with a DIY rain machine, which burst midway. Stopping the shoot was not an option. We somehow managed to fix it in the rawest ways possible and voila! It worked! After tons of micro and macro challenges, Synthetic Sati is now in the editing table.

What is your plan about this film after it gets ready?

We're planning to finish the project by this winter so that it can do the festival runs of 2020. Then it will come in a standard movie streaming app.

What after this?
Want to focus on my graduation for a while (I study in a film school in Noida). And then shoot a full-scale web series maybe. With the ever-increasing number of OTT platforms coming up and the demand for web content; we've already started developing the script for a major ensembled cast eight-episode web series.
Related Images