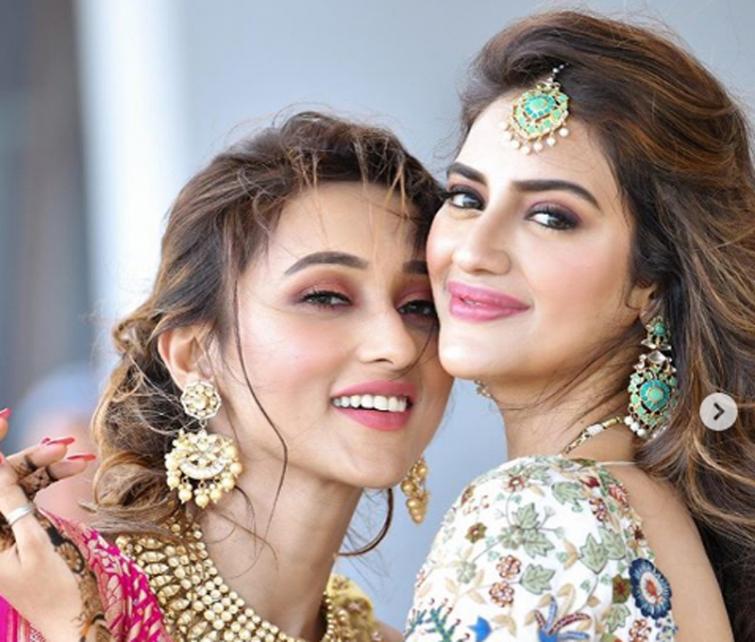 Mimi shared the image and wished her Tollywood colleague Nusrat who got married recently.

Mimi captioned the image as: "A journey to remember #thenjaffair @nusratchirps @nikhiljain09 May u both live the path of happiness together foreverðŸ’•ðŸ’•."

Both the actors-turned-politicians are looking gorgeous in the image.

And its us again
1st day at Parliament @nusratchirps pic.twitter.com/ohBalZTJCV

First-time parliamentarian Nusrat Jahan, who is one of the top heroines of the Bengali film industry known as Tollywood, has got married with businessman Nikhil Jain away from media glare at Bodrum in Turkey.

Twenty-nine-year-old Jahan, who was picked up by West Bengal Chief Minister Mamata Banerjee as a Lok Sabha candidate for the Trinamool Congress (TMC), posted an image on Twitter where she is with Jain smiling at each other. The Tollywood star is seen wearing a red lehenga choli while Jain wore a light-coloured sherwani.

Jahan, who has so far acted in 16 films, had contested as a TMC candidate from West Bengal's Basirhat constituency and won by a margin of over three lakh votes.

Towards a happily ever after with Nikhil Jain â¤ï¸ pic.twitter.com/yqo8xHqohj

Jahan could not take oath as the MP in the Lok Sabha because of her wedding.