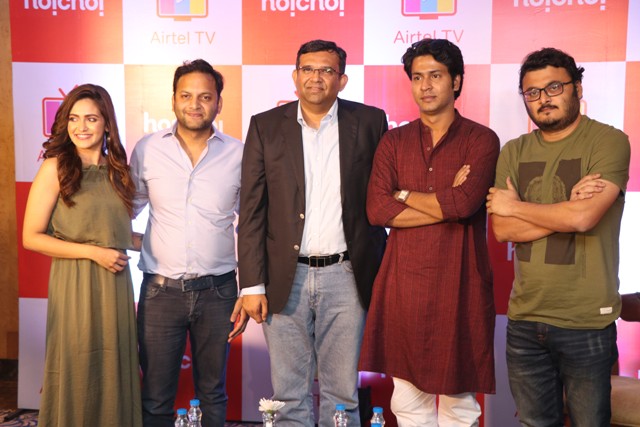 Kolkata, Nov 23 (IBNS): Bharti Airtel, a telecommunications services provider, on Friday announced that it has entered into a partnership with Bengali entertainment app hoichoi to offer Bengali digital content to Airtel TV users.

Following this partnership, hoichoi’s exclusive content, that includes original shows and chartbuster movies would now be available on the Airtel TV app for viewers, giving them access to an exhaustive catalogue of Bangla content on their mobile phones.

With addition of hoichoi, Airtel TV app now has access to one of the largest and most exciting digital content portfolios in India.

Apart from the existing original content-base, hoichoi has also announced 30 Original Shows and 12 Original Films for the next one year. This entire Originals catalogue would come to Airtel TV which on an average makes it 2 shows and 1 Original film every month! Another interesting fact is that some of the Original shows like Hello, Byomkesh, Dupur Thakurpo, Cartoon, Mismatch and Charitraheen are dubbed in Hindi and Tamil to reach out to a wider audience base.

Commenting on the partnership, Sameer Anjaria, CEO, West Bengal & Orissa, Bharti Airtel said - “We are delighted to bring hoichoi’s quality content to Airtel TV that will offer our Bengali users access to their favourite digital content in their local language, with a simple click of a button. With consumption of regional content going up significantly, we will continue to focus on adding diverse entertainment content to our kitty as we work towards building a world-class digital content ecosystem.” 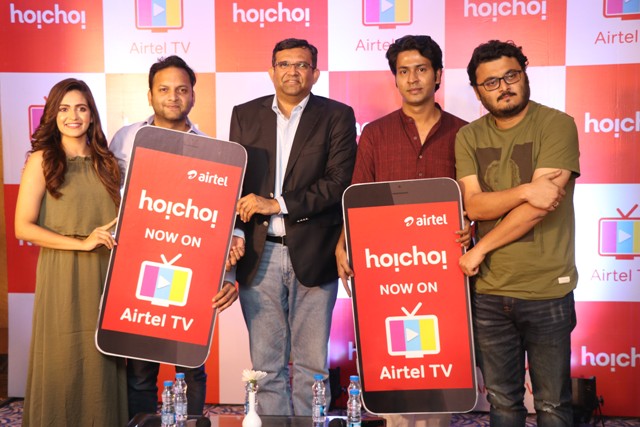 Vishnu Mohta, Co-Founder, hoichoi said – “It gives us immense pleasure to announce this partnership with Bharti Airtel to offer complete digital entertainment experience to their customers. This will help us in extending our content distribution network through Airtel TV’s fast-growing user base. Our mission is to entertain our audience as storytellers and provide such stories which not only builds a nostalgic factor but also is relatable and easily accessible. The space we want to create through hoichoi is unparalleled because for us, content is king."

Hearing this exciting news Anirban Bhattacharya, who dons the hat of Byomkesh Bakshi in the web series said - “It is always quite a challenge to play an immensely popular character, and I am pleased to know that Byomkesh, as a web series is being accepted by the national audience.”

Priyanka Sarkar, who plays one of the leads in Hello, exclaimed - “Hello is a game-changer for me in many ways because it tries to break the stereotypes and bring forward subtle messages through its drama-laden storyline. Hello is available on the Airtel TV app in Hindi as a dubbed version which, I have been told, is one of the top shows!”

Airtel has forged partnerships with all leading broadcasters and production houses, to bring the best of content on a single platform, and offer an unparalleled experience to its customers.