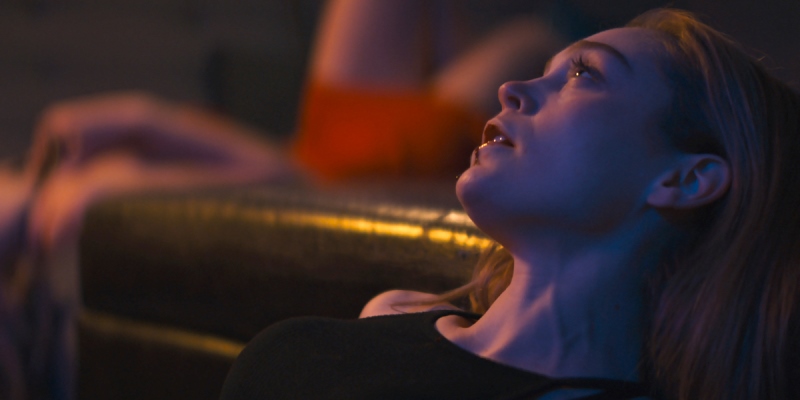 TorontoIBNS: Toronto International Film Festival (TIFF) 2021's film 'Kicking Blood,' directed and screen-played by Blaine Thurier, belongs to a vampire genre in which the director reimagines vampire mythology with ultra-modern spin transplanting it to the unconventional and unorthodox world he has satirized since he began making films.

The film is about a Canadian musician belonging to the indie supergroup the New Pornographers with Thurier's choice of his undead being scavengers and luckless drunks.

The plot of the story is about Vampire Anna (acting Alanna Bale)'s disappointment with her eternal life and her weariness of the people she preys on as well as being tired of bidding goodbye to people she likes.

Her weariness is exacerbated when her mortal friend, Bernice (acting Rosemary Dunsmore), is on death bed. Added to this, is her chance encounter with suicidal alcoholic Robbie (Luke Bilyk).

Anna is inspired by human derelictions and failings, specifically Bernice’s determination to live and die on her own terms and Robbie’s determination to kick the booze, and feels totally disconcerted and baffled to see her fellow bloodsuckers' treating humans as food, and rip off their victims.

A new twist is added to the vampire ethics and norms by the director by invoking an interest in the undead economy.

He also takes action on the motif of vampires-as-junkies in a more direct manner than previously seen by juxtaposing the desire of this crew against their dire necessity.

The casting of 'Kicking Blood' include Benjamin Sutherland and Ella Jonas Farlinger as Anna’s nocturnal crew; Josh Bainbridge as a fateless victim; and Vinessa Antoine as Robbie’s wealthy ex, who is as parasitical as Anna’s colleagues. Bilyk plays a centuries-old vampire who’s working at a library. She spends her nights hunting prey with her vampire friends but is beginning to grow tired of her eternal blood-sucking life. Bilyk plays a suicidal alcoholic who’s determined to kick his addiction.

Born in Estevan, Saskatchewan, Thurier is the longtime member of the indie-rock band The New Pornographers.

Thurier's feature films include Low Self-Esteem Girl (00), Male Fantasy (04), A Gun to the Head (09), and Teen Lust (14), all of which were screened at the Festival. 'Kicking Blood' is his latest film.