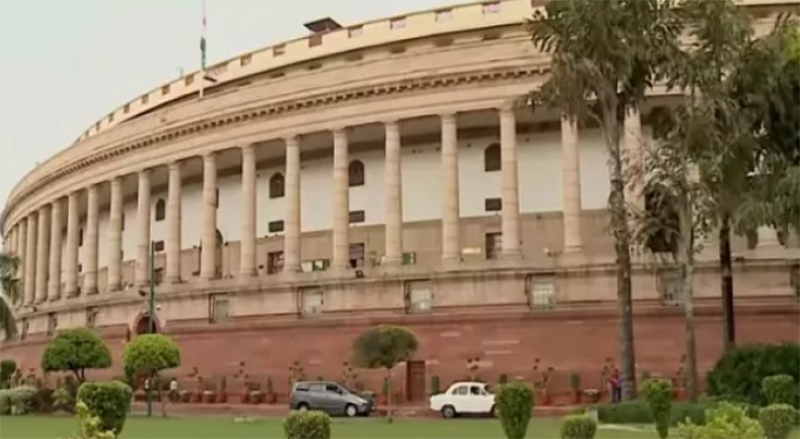 Bengaluru, (UNI):  The ruling BJP and opposition Congress in Karnataka are eyeing for 32 JDS votes for helping their extra candidate to win the Rajya Sabha elections in the state.

Karnataka BJP general secretary N Ravikumar on Monday said the BJP can win the third Rajya Sabha seat from the state with the support of JDS.

"The BJP can win the third seat with the backing of the JDS party. Senior party leaders from both the parties will soon deliberate over it," he said. Karnataka Congress President Saleem Ahmed said the party is prepared to field an extra candidate, but is awaiting party High Command's approval.

Meanwhile, some leaders across parties are trying to convince all three parties to support an independent candidate to avoid polling for all four Rajya Sabha seats. It requires 46 MLAs to vote for winning the seats. So, with the BJP having 120 MLAs plus two independents, it is certain to win two Rajya Sabha seats from the state.

The saffron party will then have 32 surplus votes compared to Congress' 23 and JDS' 32, after electing one each Rajya Sabha member belonging to their parties. In these circumstances, JDS holds the key to BJP's third seat or Congress' second seat.

Karnataka JDS President CM Ibrahim said the party will discuss the issue with HD Deve Gowda at a meeting later this week, he said. However, the party wants to be practical and careful in this regard, Ibrahim said.

The JDS President's "careful" remarks comes in the wake of Congress relentlessly attacking JDS, calling it the "B Team" of the BJP.

Hence, a section of JDS party insiders argue that supporting BJP's third Rajya Sabha candidate would validate the allegations of the Congress that would affect the party's prospects in next year's assembly elections in the state.

JDS also is worried about cross-voting possibilities as it has at least 10 dissident MLAs in its ranks. The Rajya Sabha elections are scheduled for June 10. As many as 57 vacancies to the upper house of the Parliament from 15 states will be filled.