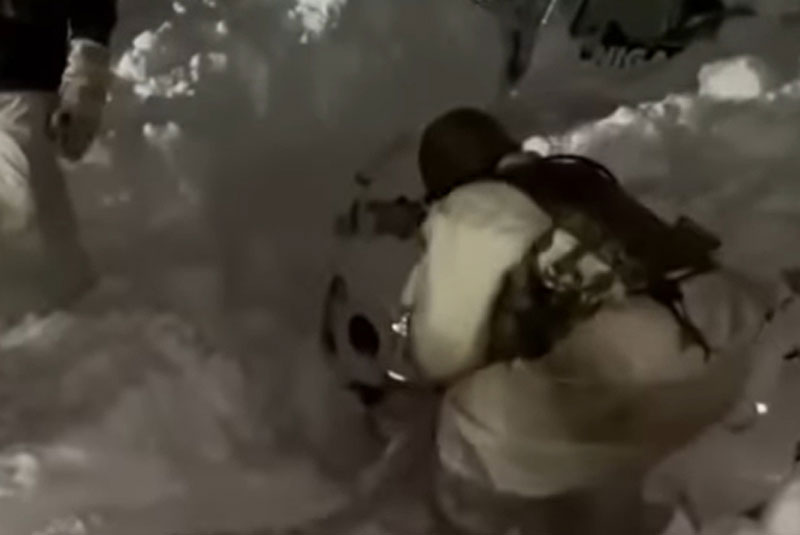 Srinagar: At least 30 people have been rescued after a fresh avalanche hit the Tangdar-Chowki Bill highway in Kupwara district of north Kashmir on Tuesday.

According to details, two avalanches fell on Tangdar-Chowki Bill Highway due to snowfall, as a result of which passengers, who were travelling in the vehicles and included children, sick, elderly and women, became helpless.

As soon as the report was received, a team from the Army's Neelum Company operating base, led by Captain Kaljot Singh, rushed to the spot and launched a rescue operation on a war footing.

After much hard work, the team evacuated 30 passengers, including a patient with a heart condition, to safety.

This timely action of the army is being widely welcomed at the public level.