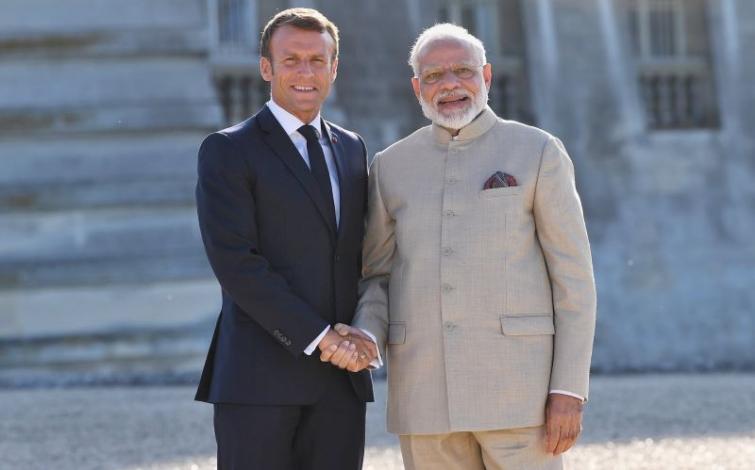 Paris: French President Emmanuel Macron discussed on Tuesday discussed cooperation in the Indo-Pacific and the situation in Afghanistan, according to media reports.

Macron held the telephonic conversation with PM Modi, said a statement from Macron's office, as France deals with the fallout from Australia's cancellation of a $40 billion French submarine order, Reuters reported.

Angered over the sudden termination of the deal, France recalled its US and UK ambassadors, last week.

Australia cancelled the deal with France to build a fleet of conventional submarines for eight nuclear-powered submarines with US and British technology after joining a trilateral security partnership.

French foreign minister Jean-Yves Le Drian had described the move as "a breach of trust" and "a stab in the back".

"We had established a relationship of trust with Australia, this trust has been betrayed," he had said.

France had called Australia, UK, and the US's action something that allies did not do to each other.

Stirred by the alliance, China termed it "extremely irresponsible" and a "threat to regional stability".

It also questioned Australia's commitment to nuclear proliferation and even warned the Western allies that they risked "shooting themselves in the foot".