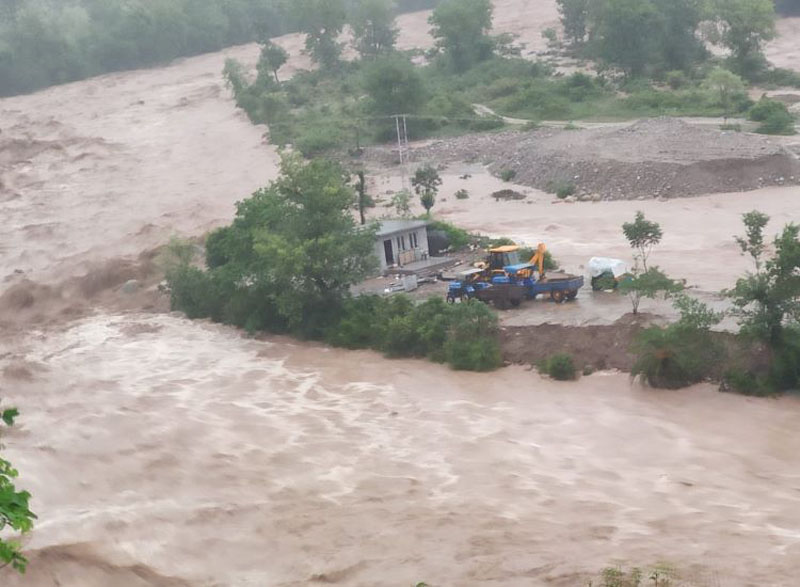 Shimla/IBNS: One person died and nine others are still feared trapped beneath the debris in a landslide on Monday in Kangra district's Boh valley in Himachal Pradesh

Rescue operations are underway and so far, National Disaster Response Force (NDRF) rescuers have pulled out four people out of the rubble, an official said today.

Chief Minister Jai Ram Thakur visited the affected area on Tuesday and announced that the state government will provide new houses to people who have lost their homes due to landslides or flash floods, according to media reports.

The Chief Minister said at least eight houses were completely destroyed in the flash floods and landslide, the reports added.

Prime Minister Narendra Modi on Monday said the situation in Himachal Pradesh caused by heavy rains was being closely monitored with central authorities working in coordination with the state government.