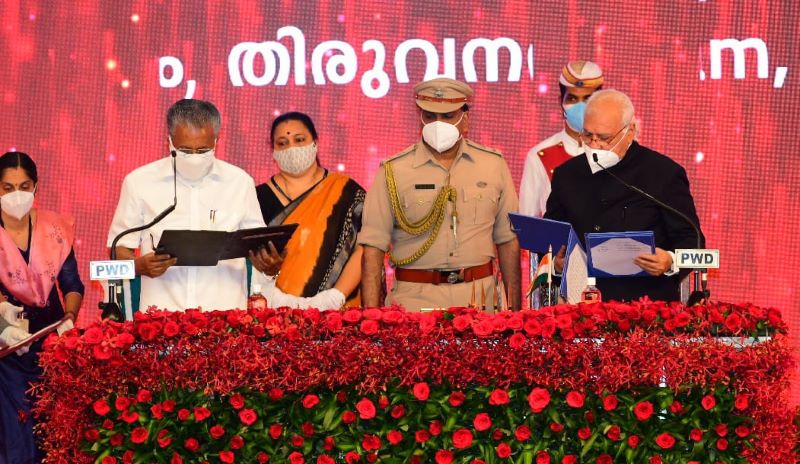 Pinarayi Vijayan swears in as Kerala CM for second time

Thiruvananthapuram/UNI: CPI(M) veteran Pinarayi Vijayan sworn-in as Chief Minister of Kerala for the second time along with 20 ministers here on Thursday.

Governor Arif Mohammed Khan administered the oath of office and secrecy to Vijayan and the new ministers in the presence of 500 people, amid Covid protocol, at the Central Stadium at 1530 hours.

Vijayan, a CPI(M) politburo member, won from the Dharmadam seat in North Kerala’s Kannur district with a margin of 50,123 votes.

This time, the LDF won 99 seats out of the 140 Assembly seats compared to 91 seats in the 2016 Assembly election, paving way for a second consecutive term for Pinarayi Vijayan, altering the four-decades-long electoral tradition in Kerala where there was alternative shift of power between the LDF and United Democratic Front (UDF)

Except Chief Minister, A K Saseendran and K Krishnankutty, all other ministers are fresh faces.

Ahead of the ceremony, a virtual music programme of 54 singers aired at the venue.