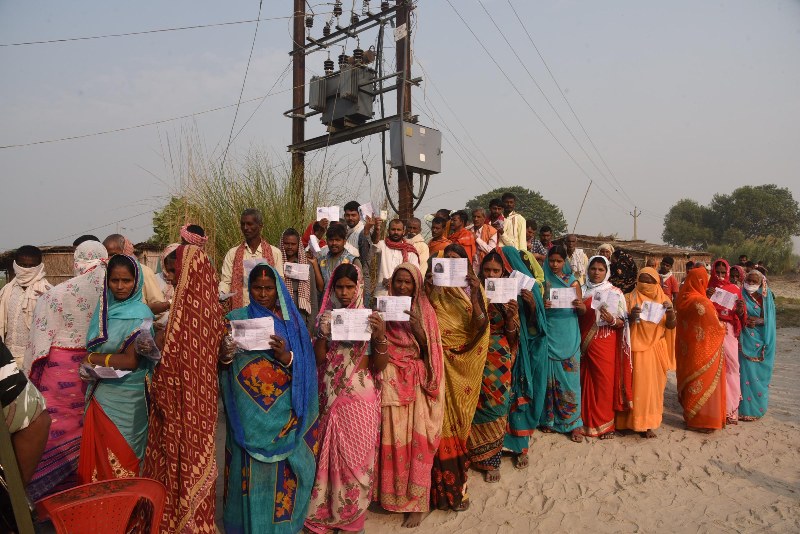 Patna/UNI: An estimated 52.11 per cent of the total 2,86,11,164 electorate exercised their franchise in 94 constituencies during second of three-phased Bihar Assembly Elections, sealing fates of 1,463 candidates including the CM candidate of Grand Alliance Tejashwi Prasad Yadav.

Heavy security arrangements were in place in 94 constituencies during the second phase of Bihar Assembly Election.

Polling passed off peacefully with no report of any major untoward incident in any part of the state.

Both Grand Alliance and the National Democratic Alliance (NDA) had put all their energies and resources at their disposal to get blessings of the people for the formation of the government for next term.

Other constituents of Grand Alliance, CPI and CPI(M) had fielded four candidates each. A total of 513 Independents including 45 women were also in the fray for the second phase of Bihar Assembly Elections.

Maximum number of 9 women had been fielded by JD(U) followed by 7 by LJP, 4 by RJD, 3 by RLSP, two each by Congress, NCP, BJP and BSP.