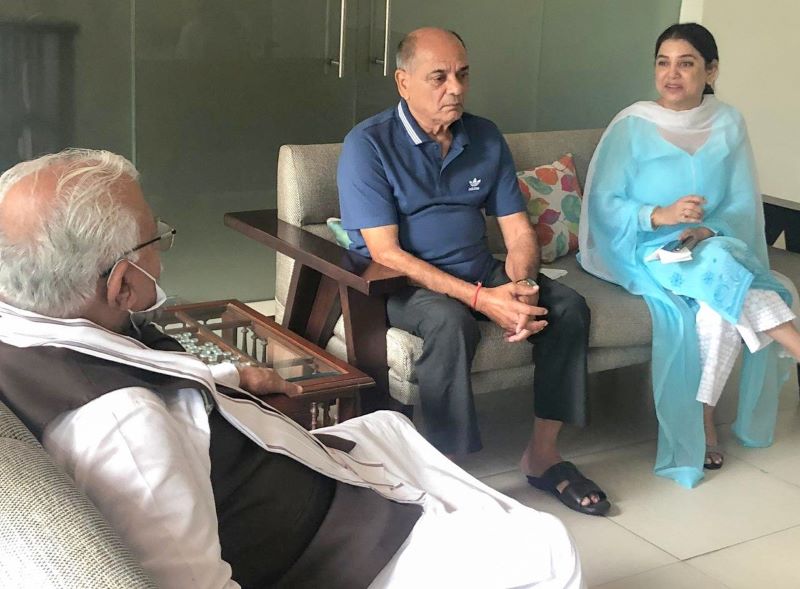 New Delhi/IBNS: Haryana Chief Minister Manohar Lal Khattar on Saturday met late actor Sushant Singh Rajput's father and sister and assured them of "justice" as the Central Bureau of Investigation (CBI) is probing into the death of the onscreen MS Dhoni.

"Today at Faridabad, I met late actor Sushant Singh Rajput's father and sister and assured them of justice as the death case has been transferred to the CBI," Khattar said on Twitter precisely.

Sushant was found dead at his flat in Mumbai's Bandra on Jun 14.

In a First Information Report (FIR) filed by Sushant's father KK Singh with Bihar Police, he had alleged that his late son's girlfriend Rhea Chakraborty had siphoned off Rs 15 crore from his son's account and other accounts of companies floated with his investments.

Rhea was questioned by the ED for hours in the alleged money-laundering case.