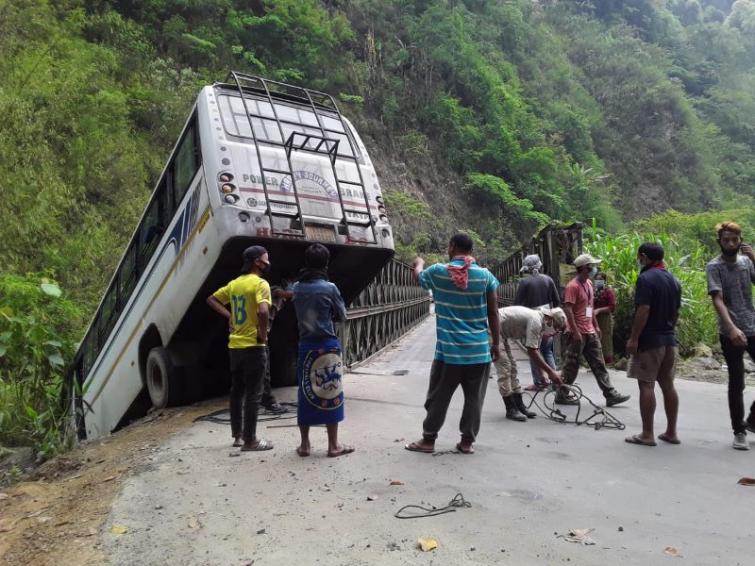 Manipur: Many returnees from Punjab injured after bus met with an accident

Guwahati/IBNS: Several people were injured after a bus carrying returnees from Punjab and bound for Imphal from Jiribam met with an accident along Imphal-Jiribam road on Saturday.

The incident took place occurred at near Nungdolan along NH-37.

Many passengers of the vehicle were injured in the accident.

The injured persons were immediately admitted to a nearby hospital.

According to the reports, the bus was carrying around 25 returnees belonging to Kamjong district and Imphal West district after they arrived by train from Punjab at Jiribam railway station.