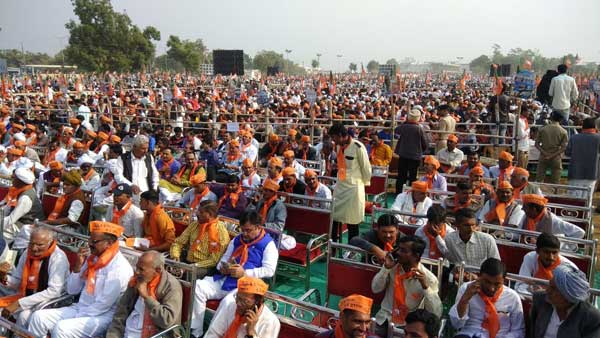 Gandhinagar, Dec 8 (IBNS): With one day to go for the Gujarat poll, a priest, who was campaigning for the Bharatiya Janata Party (BJP), was attacked on Thursday late night, media reports said.

Swami Bhaktiprasad has been attacked by some unknown people, whom the priest alleged to be Congress men.

The priest was campaigning for the ruling BJP in Junagadh when he was attacked.

He was taken to a hospital which stated his condition to be stable.

The state poll will take place in two phases on Dec. 9 and Dec. 14.

The counting of votes will be held on Dec. 18.

The saffron-brigade is ruling the state since 1995.