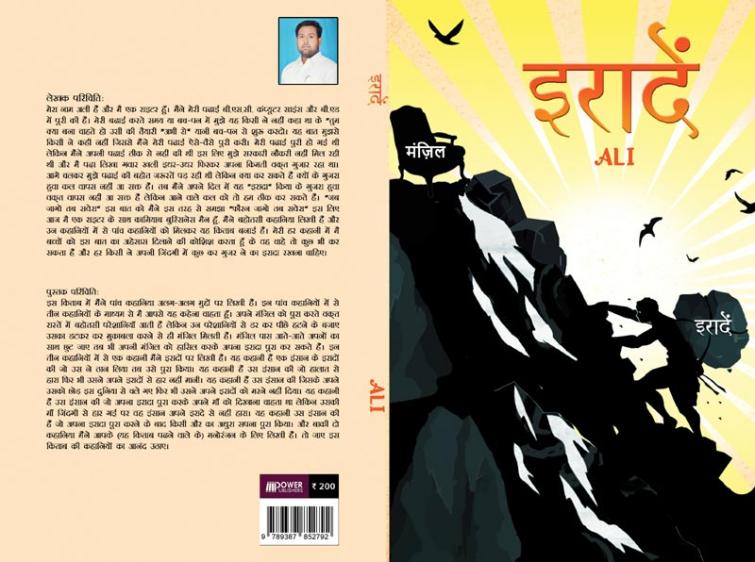 Book review: A story that makes you ponder about your determination to succeed in life

“It is the size of one’s will which determines success'' -- 'Iraadein' (written in Hindi) by Irfaan Ali, is a story that encapsulates the idea of this quote perfectly.

Born in an impoverished family, faced with numerous hardships in life, protagonist, Sahil, dreams of becoming a champion wrestler someday.

From a very early age, he had to take up the responsibility of providing for his family.

In spite of a difficult childhood, he was passionate about his dream to become a wrestler.

After his 12th standard, he gets a job at Mahadev Sir’s wrestling school, where he learned the game on his own, by watching the students practice.

Mahadev Sir takes notice of this and after one of his students accepts a bribe and loses in the annual wrestling competition, he decides to give Sahil a chance in the competition next year.

'Iraadein' is a story of how one’s determination and willpower can overcome anything life throws at them.

However, it is not the only theme of the story.

'Iraadein' also throws light into human relationships and how people deal with the sad realities of loss in their lives.

After Sahil wins the annual competition, the story takes us through his bond with Mahadev Sir.

Through that thread, we know even Mahadev was coping with the loss of his son and the relationship with Sahil became almost like a substitute for the gaping hole left by the death of his son.

The author delves into Sahil’s love for his mother and how his dreams and aspirations were connected to the thought of seeing his mother happy.

After her death, we expect him to break down due to this terrible loss but he strengthens his resolve and goes on to win the national championship.
'Iraadein' tells the tale of how the resolve of a man meanders through and achieves success despite all the hurdles of economic hardship and emotional trauma.

To not give up is what the story essentially tells us - and I would say the same to the readers who pick up this book.