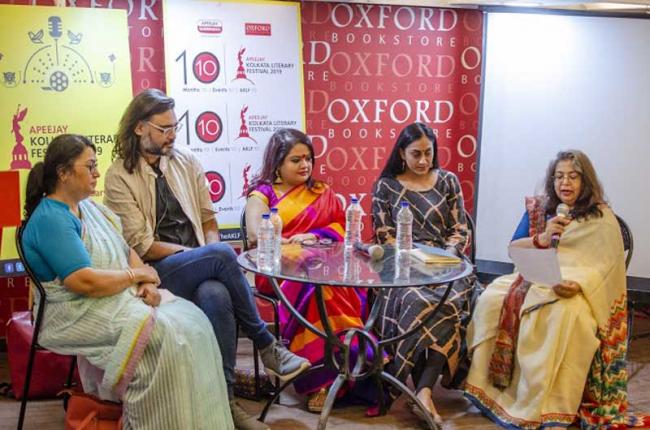 The shortlist was formally announced by Sundeep Bhutoria, Trustee, Prabha Khaitan Foundation at a special session of the Apeejay Kolkata Literary Festival in January 2018, titled “Women Writers: Shaping a New India,” in the presence of veteran writer Nayantara Sahgal, and jury members Urvashi Butalia and Anjum Katyal.
The shortlisted books and authors include “The Nine Chambered Heart” by Janice Pariat, “When I Hit You: Or, A Portrait of the Writer as a Young Wife” by Meena Kandasamy, “Blind Screens” by Ranjani Murali, “Zoon” by Selina Sen, “Missing” by Sumana Roy, and “The Liar's Weave” by Tashan Mehta. 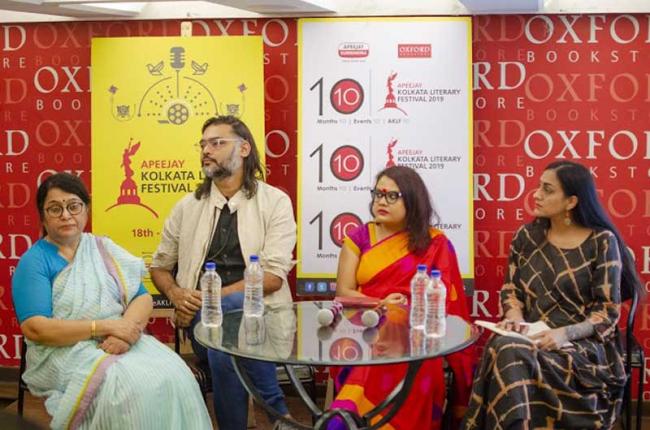 The aim of the Award is to recognize and encourage creative writing by women in India, to help build a network of women writers across India by creating a forum for their work, and to support the publication of new creative writing by women in India, the organizers said.
Jerry Pinto, Tishani Doshi, Urvashi Butalia, Srijato and Anjum Katyal were the juries for the first round.
The prize money is rupees one lakh.

The announcement was followed by a panel discussion on 'The Woman Writer in Today’s India: Who’s Listening?'.
The program was held as part of the 10th anniversary celebration of Apeejay Kolkata Literary Festival (AKLF), focusing on the journey of woman author in present day India.
While the panel discussion moderated by Anjum Katyal, Director, Apeejay Kolkata Literary Festival touched upon the nuances of being a woman writer in contemporary times, eminent authors Anita Agnihotri, Sreemoyee Piu Kundu, Karuna Ezara Parikh, designer and artist Swarup Dutta also share their thoughts.
Related Images