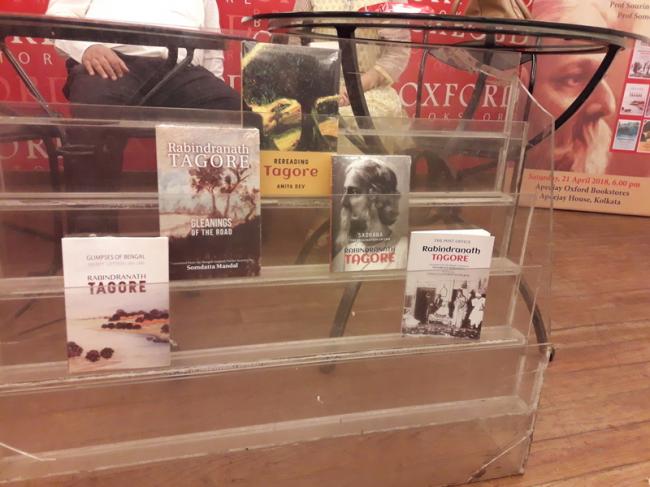 Kolkata, Apr 26 (IBNS): With few days to go for the birth anniversary of nobel laureate poet-lyricist-writer Rabindranath Tagore, six of his translated books have been launched recently by a publishing company in Kolkata.

The six books have been launched to celebrate the 157th birth anniversary of Tagore.

Poet, scholar and critic Shankha Ghosh was present at the occasion.

The book Gleanings of the Road, which has been translated by Prof. Somdatta Mandal, talks about Tagore's journeys and experiences.

Sadhana: The Realisation of Life is another book from collection. It is a concise introduction to the spiritual heritage of ancient India by Tagore.

The other translated books launched at the occasion are Tagore’s Post Office, My Reminiscences and Rereading Tagore, Glimpses of Bengal.

The Post Office represents a young boy who has received the call of the open road. He seeks freedom from the comfortable enclosure of habits sanctioned by the prudent and from walls of rigid opinion built for him by the respectable.

Rereading Tagore looks at Tagore through his texts. It reads his novels Gora and Jogajog in depth, and Char Adhyay as a crucible of our time. His plays Dakghar and Muktadhara are taken up briefly.

Glimpses of Bengal is a collection of letters written in the 1890s Tagore, as he traveled across Bengal to manage his family's far-flung agricultural estates.