Do you really know the women you see, asks Rimjhim Ray in debut book 7 women 7 secrets

Halim also read out excerpts from the book and an interesting question/answer session followed between the author and Halim.

"I had written one of the short stories seven years back, but due to my busy schedule, I could barely complete the omnibus," said Ray while talking about what motivated her to write the book. "However, pregnancy and postpartum period gave me enough time and scope to finish what I had started," she said. 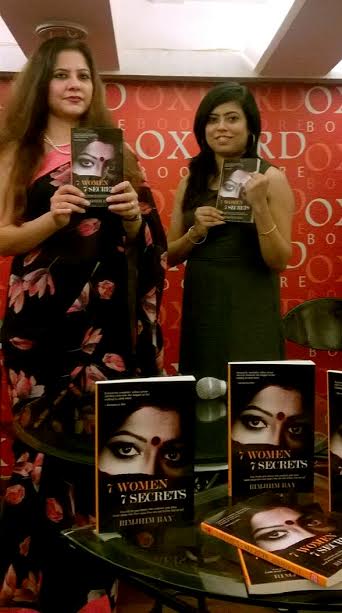 The seven women in the book belong to seven different fields -- the ruthless politician, the cheating activist, a greedy 'malkin', the lethal widow, the fakir's mistress, the prodigal mother and a half-dead celebrity.

But they have one common bond, a distinct streak of rebellion, a characteristic that Ray attributed to the stories of the Naxalite movement that she had heard from her father.

The book promises to take the readers on an intriguing journey into the minds of the seven women.

Through a series of short stories, Ray has focused on bringing the hidden 'other woman' that exists within every woman.

In the end, there is a lingering suspicion in the mind of the readers, do they really know the women that exist among them, and that is exactly what she wanted to do, said Ray in conclusion.

Two of Ray's stories have been selected by the Sahitya Akademi for their 'Indian Literature' journal.