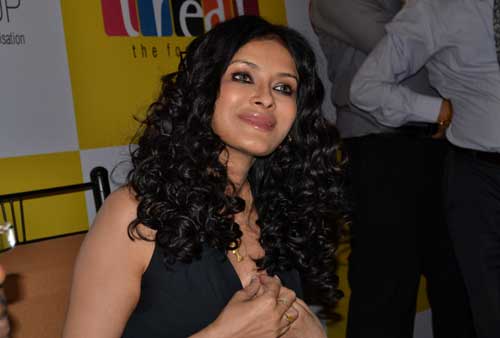 Writing has always been a very close part of my life: Nandana Dev Sen

'Mambi and the Forest Fire' was launched by book store Starmark in association with Puffin Books on Thursday.

When the author was asked about her transition from an actress to a writer she said, “There was not a clear dramatic transition as I have written all throughout my life and started writing at the age of ten. My poems got published in ‘Sandesh’. I think having grown up in a family with a strong background of not just literary but also traditionally has inspired me a lot.”

Even in her busiest periods, as an actor she wrote screenplays, guest editorials and translated poems.

She expressed her passion for writing books on children because of her wonderful contact with children for twenty years, being a child right activist.

“The character Mambi, came to my mind when I noticed the children who suffered from child labour and trafficking and had to deal with these critical situations. What strikes me most is that when a child suffers from trauma no matter how brilliant, resilient a child is, they lack the self-esteem which made me write a book for children. They will learn to conquer their fear and embrace their own identity through the character,” Nandana told IBNS.

Nandana , who have studied literature from Harvard University, says that she cannot imagine growing up without reading works of Satyajit Ray and her first novel was also in Bengali and she would love to write children’s book in Bengali as well.

Being an activist, Nandana spoke about child-sex abuse and says that sex-education is necessary and it should be introduced in schools which will make the child aware of the harm caused to them. In a way it will protect the child from harassment and sexual abuses, she said.

Published by Puffin Books, Mambi and the Forest Fire has been priced at Rs 270. This book is available at all Starmarks outlets.