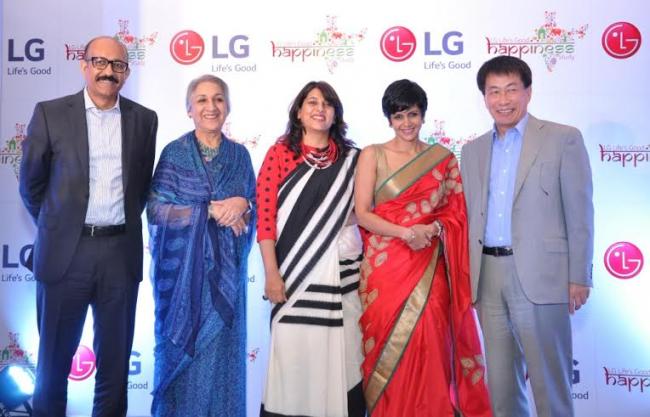 Chandigarh is the happiest city in India: Study

Standing third in the overall list, New Delhi has ranked as the ‘Happiest Metro’ city in India.

The study covered 2424 respondents across 16 cities.

The findings of the study was unveiled here on Thursday where speaking at the event, Soon Kwon, Managing Director, LG India said, “LG as a brand stands for our ethos of Life’s Good and our brand philosophy is to develop and market products that make our consumers’ lives happy. The LG Life’s Good Happiness Study is a manifestation of this commitment and has been undertaken to understand the social construct of happiness and what makes people of India happy.

“My heartfelt congratulations to Chandigarh on winning the title of being India’s happiest city and Delhi for being the happiest metro,” he said.

Pursuit, Purpose, Pleasure, Passion and Context were considered as five domains for the study.

Speaking on the study, Niladri Datta, Head, Corporate Marketing, LG Electronics India, said: “In 2015, we are celebrating the 18th birth anniversary of LG in India. So, we thought that we will try to understand the areas that make people in India happy. The study is a commitment to find the social construct of happiness.”

The study found Chandigarh, Lucknow, Delhi, Chennai and Bengaluru as the top five happy cities in India while Kolkata stood in the tenth position.

Explaining the findings of the study, Priyadarshini Narendra said Indians in the age group of 35-45 years are happier than the younger ones who are aged between  aged 18-24.

“The study revealed that those to whom happiness matters most are the least happy. While being happy is apriority for the younger age group, with 58% of those aged 18–24 years ranking happiness as their most important core value, it is the older people aged 35-45 years, with a Happiness Index of 103, who are happier as compared to the younger people at a score of 100. While happiness is important across age groups, respect and trust gain importance in the older age groups,” she said.

Speaking further, she said: “More than 2400 people were surveyed across 16 cities in India. The sample size for the study was accurate. It was an objective study where people responded what they wished to say.”

Sociologist Amrit Srinivasan and actress Mandira Bedi were also present at the event.