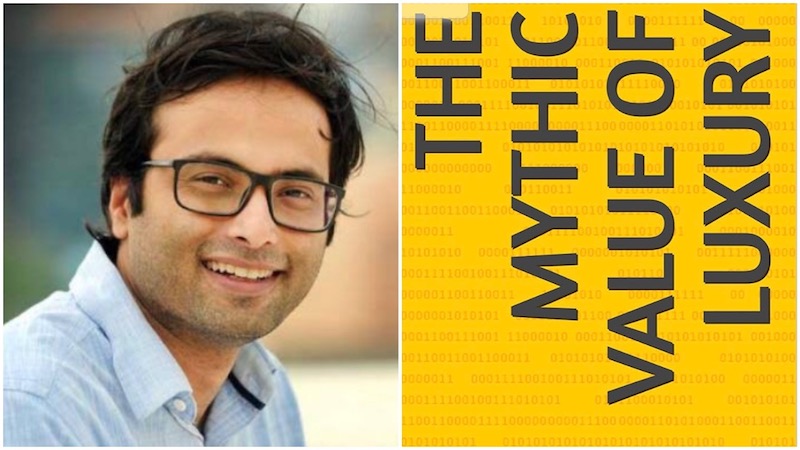 Brahma is a TEDx Speaker on Mythic Value of Luxury. He is also a luxury commentator and has penned The Luxe Trilogy which comprises Decoding Luxe, Dark Luxe and Luxe Inferno.

Launching the book he said: “In my quest of finding the secret behind luxury brands surviving centuries I started researching on myths. So I started looking at luxury from various lenses of sociology, philosophy and anthropology. This book is my research on the same which unveils the power of embodying contradictions that create a mythic value in a luxury brand. The greater the contradictions it can house, the greater the mythic value.”

He gives the example of the Patiala crown necklace made by Cartier in 1926 that had the seventh largest diamond by De Beers of 234.69 carats and overall adorned by 2,930 diamonds.

"The black and white photograph of the Maharaja of Patiala adorning the necklace is widely showcased by Cartier in every strategic boutique of Cartier even today. The photograph is an example of the mythic value of luxury which embodies the biggest contradictions – diamonds are a man’s best friend and not a woman’s," he said.

Brahma said, “The realm of the unconventional is the space where mythic value is created for luxury brands.”

Brahma is a former chief editor and head of communications, branding, CSR and publications for a Tata group company. He is an alumnus of IIM Calcutta, University of Calcutta, St Xavier’s College, MICA, and University of Cambridge Judge Business School. He is an actor, painter and golfer.