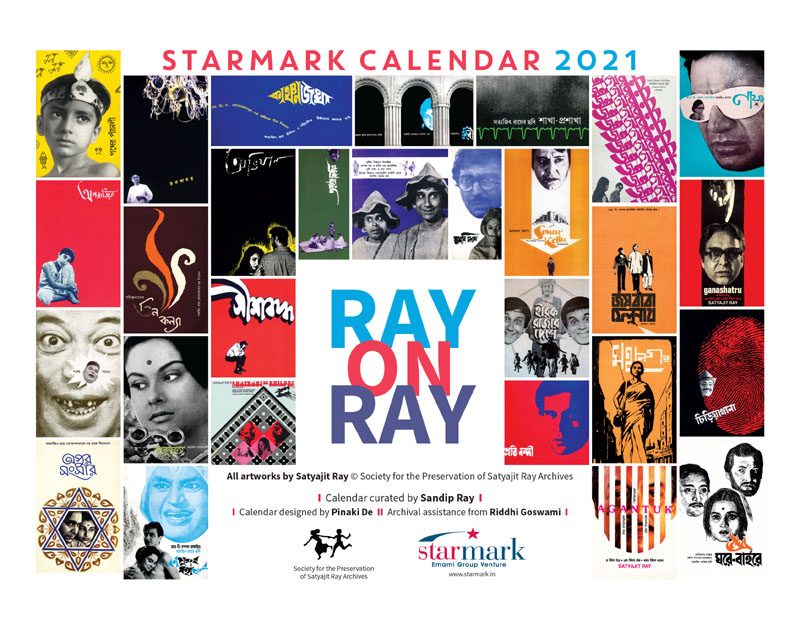 Kolkata/IBNS: Kolkata’s leading bookstore chain Starmark, in association with the Society for the Preservation of Satyajit Ray Archives, launched RAY ON RAY—the Starmark Calendar 2021,  as a tribute to Satyajit Ray on the occasion of his birth centenary. Sandip Ray unveiled the calendar at a closed-door event.

Speaking about the calendar, Gautam Jatia, CEO Starmark, said, "Our tribute to Satyajit Ray in his birth centenary year takes the form of this calendar based on his own comments on his films, and a presentation of posters and booklet covers. It was a challenging task to include as many as possible within the limited number of pages of the table calendar."

Published by Starmark, the Starmark Calendar 2021  has been produced in association with the Society for the Preservation of Satyajit Ray Archives.

The calendar has been curated by Sandip Ray who has himself written on the booklets on his father’s films, which gave readers glimpses about the films and their plots, along with their song lyrics, photo stills and information about their casts and crews; to Sandip Ray, these have been “important signposts of film history and its evolution”.

Present at the launch were Pinaki De, graphic designer and illustrator, Arup Kr. De, CEO, Society for the Preservation of Satyajit Ray Archives, and Riddhi Goswami, a Ray enthusiast who provided all the archival assistance required. The launch was followed by a discussion on Ray’s artworks, conducted by Ujjal Chakraborty, National Award winning critic and Ray scholar. 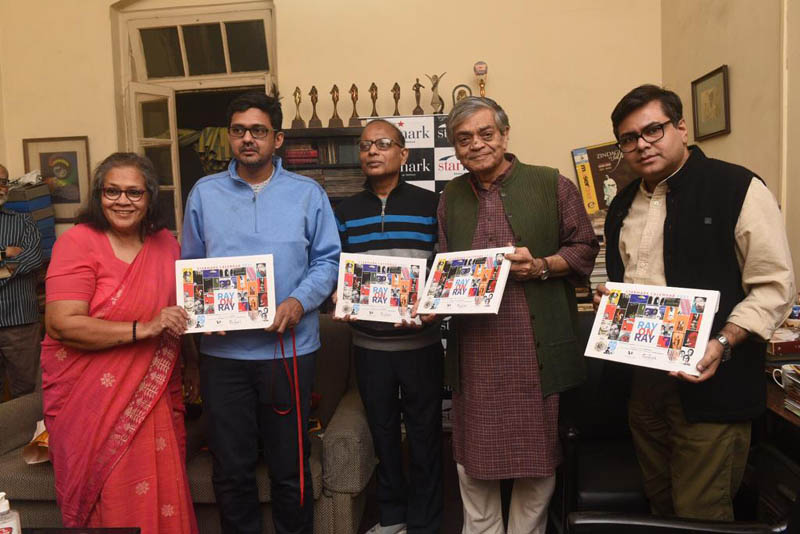 The covers of these booklets and some posters form the visual/graphic component of this calendar, with excerpts from Satyajit Ray’s own writings and comments on his own films making them come to life… on the one hand, helping oldtimers revive pleasant memories of having seen and enjoyed them, and, on the other, developing interest about these films among those who have never seen them.

While January features Pather Panchali all by itself under the title ‘Song of the Little Road’, the other months cover the remaining Satyajit Ray films, imaginatively, grouped under headlines like ‘Apu’s Journey’, ‘Women Through the Ages’, ‘Sharp Satires’, ‘Tryst with Tagore’, ‘Twilight Tales of Loss’, ‘Changing Cityscapes’, ‘Ensemble Symphonies’, ‘Chronicles of Conscience’, ‘Frolicking Fantasies’, ‘Sleuths in the Hunt’ and ‘The Curtain Call’.