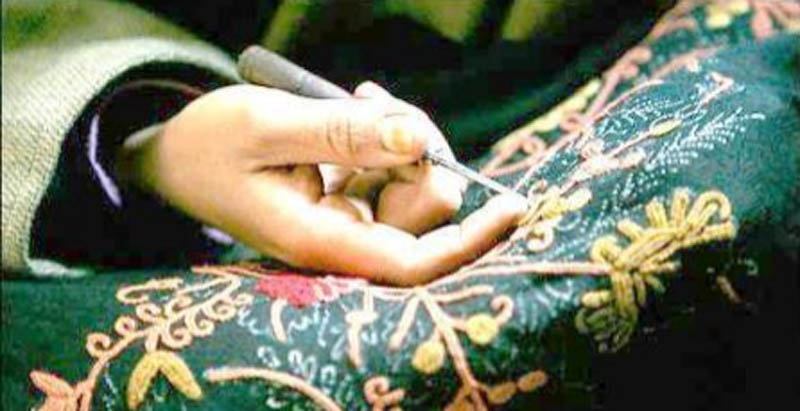 Srinagar: The Department of Handicrafts and Handloom, Kashmir, is organizing a series of district-level awareness camps and workshops to make artisans, weavers and Cooperatives aware about various schemes launched by the Government for promotion and development of handicrafts and handloom sector which has an assured market both at domestic and international level.

The awareness camps will also apprise the artisan community about the steps taken by the Government for revival of businesses for which the Designated Committee constituted by the Government has made several recommendations for development of the craft sector in J&K UT.

In a press statement issued here today, Director, Handicrafts and Handloom, Kashmir, Mussarat Islam, stated that the workshops shall be held with strict adherence to social distancing norms and SoPs.

He said that workshops will focus primarily on motivating the stakeholders associated with handicrafts and handloom businesses to participate in physical fairs and come on digital platforms to market their products, especially in the times of the Covid-19 pandemic.

“After signing of MoU with Flipkart, our Department has recommended a large number of artisans and weavers from all districts to Jammu & Kashmir Handloom and Handicrafts Corporation for e-listing of their products,” he said, while exhorting craft entrepreneurs to create their own e-portfolios and virtual showrooms to penetrate new markets through virtual mode.

The Director added that the artisans and weavers shall also be made cognizant about the new schemes launched by the Government during the workshops that include Financial Support Scheme for Artisan and Weaver Cooperatives under which Rs one lakh shall be provided to each Society and the Credit Card Scheme wherein the loan component has been doubled from Rs one lakh to Rs two lakh.

“The artisans and weavers shall also be made aware about the various Central Government schemes of the Ministry of Textiles and the importance of customized packaging and branding of products to boost sales and exports,” he added.

The Director further stated that following the recommendations of the Business Revival Committee several measures like holding of regular Buyer-Seller meets, setting up of export hubs at district level and cluster-based approach in craft-concentrated areas are on the anvil to revive the sector that holds a firm grip on the international markets.

“The Department has identified a list of potential major and regular clusters which shall be picked up for development in a phase-wise manner,” he added.

The Assistant Directors have also been advised to mobilize artisans and weavers in their respective districts and also invite special speakers to sensitize them about various social sector schemes launched by the Government especially the PMJAY-SEHAT launched by the Prime Minister on December 26 for residents of J&K UT, the statement added.