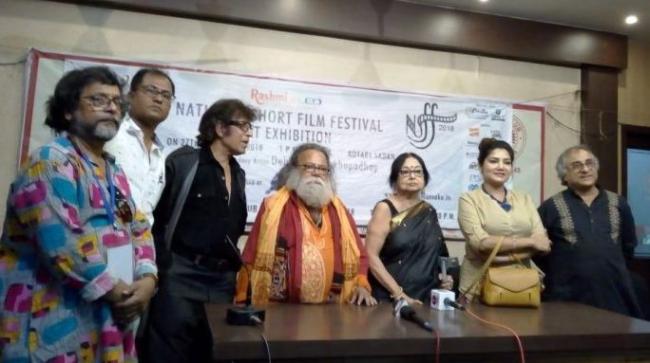 Kolkata, May 14 (IBNS): Roddur in association with RASHMI LED shall present a 2 days National Short Film Festival to be held at the Rotary Sadan under the aegis of Rotary Club of Calcutta Metro City.

Short films have become the most important communication tool and with an ongoing digital revolution short films are the easiest choice to communicate ideas, ideology and stories with innovations transparency and conviction. Short films are now the happening trend in cinema.

Short film tests the rigour of every medium of cinema. The trend is a combination of the following: emerging platforms, new audiences, and a growing demand for content.

The internet has liberated short film-makers, short films provide an outlet for creative expression, an opportunity for learning and the chance to be discovered. For some, success is such a prize that it justifies any level of investment.

The Festival chairperson is Madhabi Mukhopadhyay  who shall be felicitated by Roddur on her 75th year and the Festival also features an art exhibition as a tribute eminent painter late Debabrata Mukhopadhyay where paintings will be exhibited and sold in aid of the technicians from Cinetel. The art exhibition shall be organized by Montmartre on behalf of Roddur.

Roddur is a production house with core value that Art is for human sake and it commenced it’s journey in 2016and offers a complete range of creative services. It has produced short films Bapuji ( 2017) screened in 24 Ghanta, Wrong Route ( 2017) featuring Rupankar Bagchi, Pushpa ( 2018) and Banshi ( yet to be released).