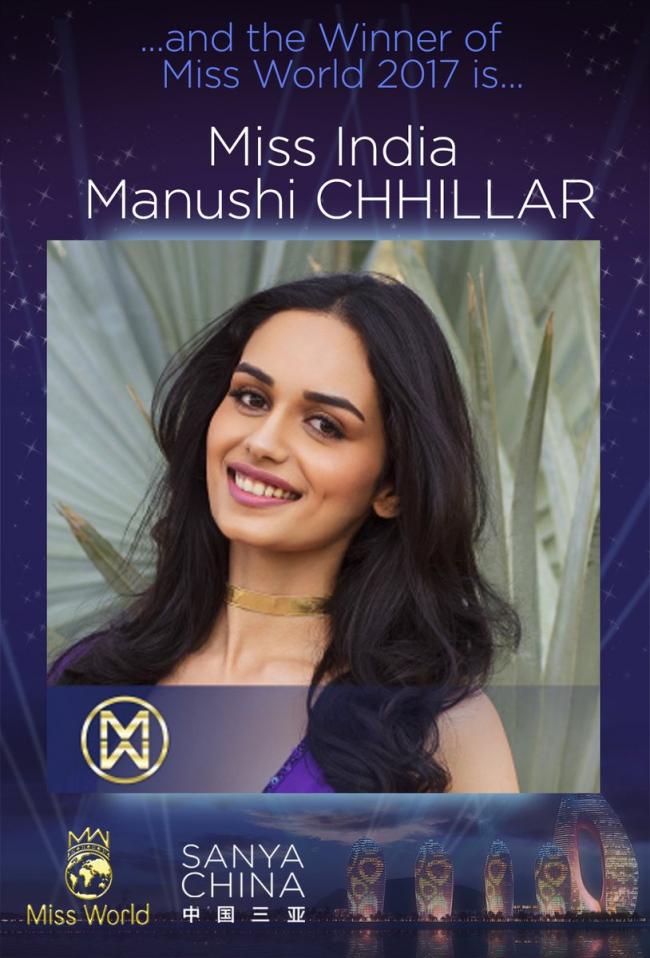 She won the title after a gap of 16 years since India had last grabbed it.

Indian film actress, who has now also gained international fame with her acting skills, Priyanka Chopra had won the title in 2000.

Stephanie Hill of England remained the first runners up.

Puerto Rico’s Stephanie Del Valle, who had won the 2016 edition of the title, will pass the crown to the Indian beauty.