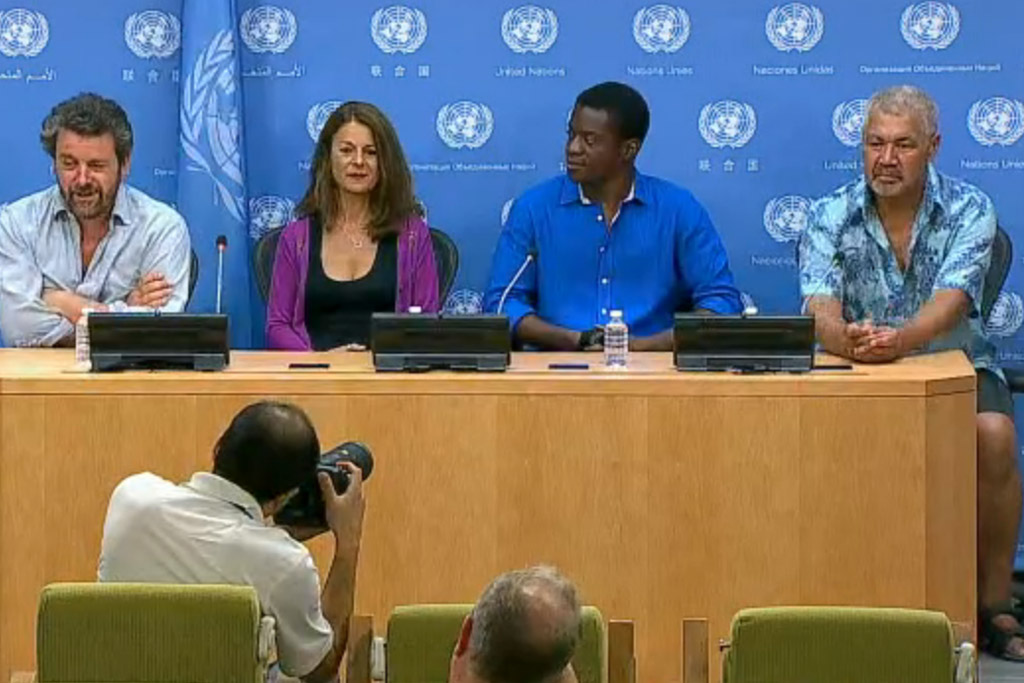 “It is a huge pleasure to see just how far Shakespeare has reached and quite how important he is not just to us in the UK but to everyone in the world,” said Dominic Dromgoole, Artistic Director of Shakespeare’s Globe, at a headquarters press conference on Monday. “We wanted to carry on that commitment.”

Joined onstage by the play’s performers and actors Miranda Foster, Rawiri Paratene and Ladi Emeruwa,  Dromgoole said that “there are obviously going to fascinating, extraordinary and exciting challenges in each place we go.”

The Global has already performed in Russia, the Balkans, as well as in Ukraine on the night before the elections in Kiev, where “suddenly we became the ticket that everybody from the incoming political class had to get.”

“It was thrilling to see that commitment of the whole political class of that country to celebrate Shakespeare,”  Dromgoole said.

When asked how the Global was going to go to conflict ridden nations, he said, the troupe was “determined to try and get into every country” and stressed that international inclusion was better than non-inclusion.