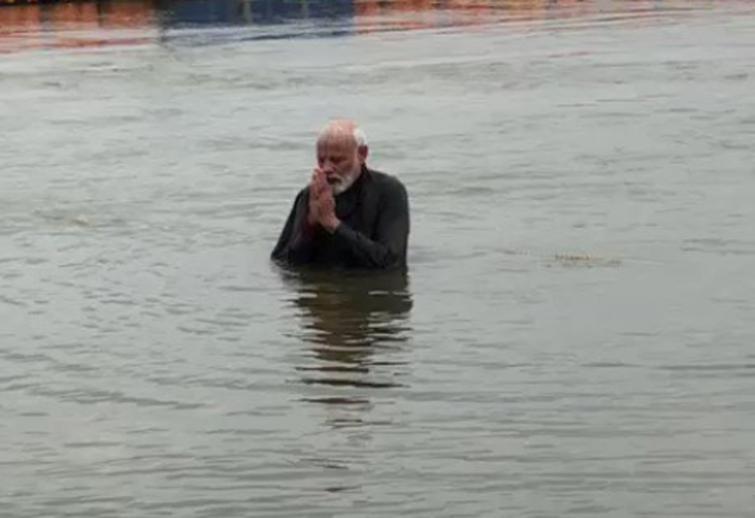 Prayagraj Kumbh concludes with the bathing festival of Maha Shivratri

Maha Shivratri, sixth and the last bathing festival of Prayagraj Kumbh, was celebrated on Monday with religious fervour and enthusiasm.

A large number of devotees thronged the Sangam the confluence of rivers Ganga, Yamuna and mythical Saraswati braving cold and rains from midnight.

Prayagraj Mela Authority has said that above one core 10 lakhs devotees took holy dip on the occasion. Mela administration had developed about eight kilometres long eight ghats at Sangam and other areas of the Mela for pilgrims. 27 Special trains and thousands of buses were put into service to ferry the devotees.

Elaborate security arrangements were in place in and around the Mela area.

Several dignitaries including Union and State Ministers took holy dip on the occasion.

Mela was spread over 3200 hectares of land and divided into 20 sectors. 20 pantoon bridges were erected on the river Ganga to connect the different sectors.

The Prayagraj Kumbh has successfully put its name in Guinness Book of World record in three fields including sanitation and cleaning, traffic plan and mob management and paint your city. Representatives of the world record book visited the Mela and observed the three days Mela administration.

They have handed over three certificates to the Mela Authority in this regard.

For the First time President, Vice President, Prime Minister, Union Ministers of the country, Governors and Chief Ministers and State Ministers of different state governments not only visited the Kumbh but also took holy dip at Sangam.