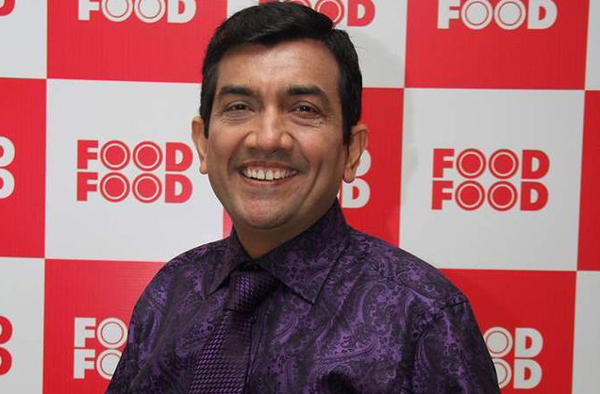 Windows Phone users can now learn and cook various cuisines from a repository of more than 8500 recipes from India and around the world, all handpicked by Sanjeev Kapoor and his team of culinary masters. Commenting on the announcement, Joseph Landes, General Manager – Developer Experience, Microsoft Corp. (India) said, “Technology simplifies all that we do today, and food is no exception. Increasingly consumers are looking for ways to easily access new recipes as well as step-by-step instructions for preparation. The Sanjeev Kapoor app is for people who love to experiment with food – both pro chefs as well as home cooks – and we believe it will make cooking fun.” Chef Sanjeev Kapoor said, “The one thing I have always heard from people is that I have made cooking easy for them, I would say that with this new app Sanjeev Kapoor's Recipes, I have made it fun as well. This app is like a well laid out buffet, there's something for everyone. From recipes for everyday dining to festive specials or just a meal for two. There are even recipes that can help you whip up a meal with just whatever's available in your fridge. The best part about this app is that logging in will win you points as well as exciting gifts. Need anything more?” Speaking on the occasion, Neeraj Roy, MD and CEO of Hungama Digital Media Entertainment said, “The collaboration with Indian culinary Guru and MasterChef Sanjeev Kapoor to create and launch the 'Sanjeev Kapoor's Recipes App' is an exciting venture. With this app, we are proud to bring over 8500 classic recipes by Sanjeev Kapoor along with their detailed descriptions and pictures for references. Moreover, the launch of the app over the Windows platform guarantees increased visibility and access as the service will now be available on the three leading platforms.” The app offers a number of unique features. The ‘In Your Fridge’ feature offers recipe options to users based on the ingredients that they have at any given moment thus becoming a last-minute savior on several occasions.  If users come across an interesting recipe on the app but do not have all the ingredients on hand, they can use the ‘Shopping List’ feature to send themselves the list via WhatsApp, email or SMS. Additionally, the app also lets users access their favourite recipes even when offline by saving them in the ‘Recipe Box’ section. The app also includes select recipes submitted by users and fans. What’s more, the presentation is very intuitive and easily consumable on a smartphone. Users can register on the app with their email IDs or log in using their social media credentials and earn reward points for every activity they perform on the app, such as submitting and sharing new recipes and posting comments. They can later redeem these points against attractive kitchen appliances and restaurant vouchers from the Sanjeev Kapoor brand.   Users can download the Sanjeev Kapoor’s Recipes app from https://www.windowsphone.com/en-in/store/app/sanjeev-kapoor-s-recipes/9bf692fb-4eca-453a-9076-85b24f7efc29