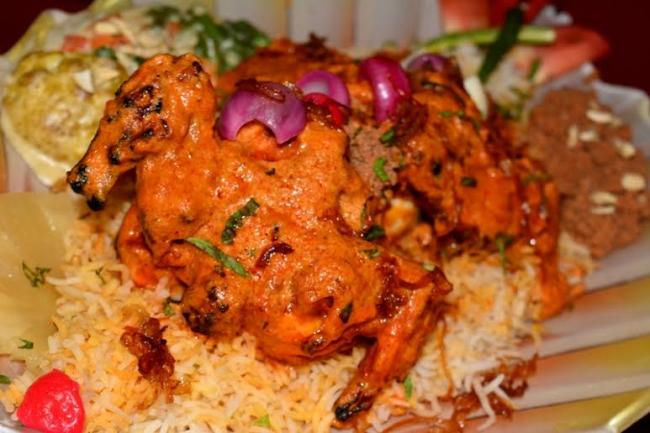 India Blooms News Service | | 17 Jul 2016, 03:28 pm
#Astor hotel , #Astor Kolkata
Kolkata, July 17 (IBNS): At a time when the concept of food is being reconstructed every day, to include everything from gastronomic fusion dishes, to elaborate, fancy unpronounceable concoctions, it is a refreshing change when culinary maestros decide to go old school.

The Astor, Kolkata, is doing precisely that, and more, through their lavish kebab festival, aptly titled ‘Remembering our Heritage with Food’.

In their very own words, this festival is no less than a “period drama, larger than life”, and flamboyant to the core.

Living up to the name, the festival celebrates Indian culture and heritage, by recreating the magic of the food which was famous in The Astor back in the times.

What makes this even more special is that the chefs who are responsible for this work of art, have been part of ‘The Astor’ for more than two decades, and are well versed in the craft, having apprenticed under legendary kebab king, Chef Avtar Singh, known for making kebabs that were nothing short of legendary.

So what made the experts decide to go for the good ol’ basics instead of going fancy like most others? The reason was simple, said Chef Amlan Bose.

“In a world where something new has to be constantly dished out to the customers and inventions are the coolest catchphrase, and flash is given more weightage than substance, there will always be a loyal section of people who crave for something classic, some dish or food that they can identify with in terms of taste and flavour, bringing back happy memories," he said.

Bose said the kebab festival is much more than just food that tastes and smells good, it symbolizes our traditions and culture in more ways than one.

"It seeks to bring back the magic of our vibrant heritage. This is something that cannot be replaced, for you cannot replace the quintessential comfort food.” It is hard to miss the quiet confidence in his courteous demeanour. “The weather too works like a charm, providing for the perfect occasion to enjoy the extravagant spread,” he says.

Indeed, the customer will be spoilt for choice by the mind-boggling, exhaustive spread. With over twelve varieties of kebabs, both vegetarian and non vegetarian, not to include the main course dishes equally perplexing in number, the culinary experts have indeed pulled out all stops to bring back the old world charm of heritage food.

The spread which is a mélange of colours, consists of Chilman Paneer, delicately flavoured cottage cheese coated with a creamy and aromatic marinade almost covering it with a handkerchief, the divinely delicious Mushroom Moti Tikki, which is stuffed mushrooms cooked in the tandoor and resembling a pearl, a famed Awadhi kebab of timeless appeal from Chef Avtar’s era.

Also on platter are Jaffrani Kalmi Tikka, which redefines extravagance in its preparation of a saffron based chicken drumstick cooked with strands of saffron and generously prepared in ghee and the Gosht Adna Kebab, a sheek kebab of the softest texture, a riot of colours in itself, with beautiful, fresh multi coloured bell peppers.

These are just a few, among the various others. The main dishes, designed to complement the kebabs, are no exquisite, with Lasooni Pudina Paneer, a rich, creamy white preparation, enough to satisfy even the harshest of critics and do more. Other names include Bharwan Simla Mirch, Peshwari Sabzi, etc.

Their range of breads and cereals is no less exhaustive, with Lasooni Naan, Cheese Mirch ka Kulcha, Makhmali Paratha to the fragrant Gosht Keema Moti Biriyani, Zafrani Murgh Biriyani and Hyderabadi Subz Biriyani, all of which deserve special mention.

A tribute to the timeless recipes of a different era, it should not be missed perhaps.