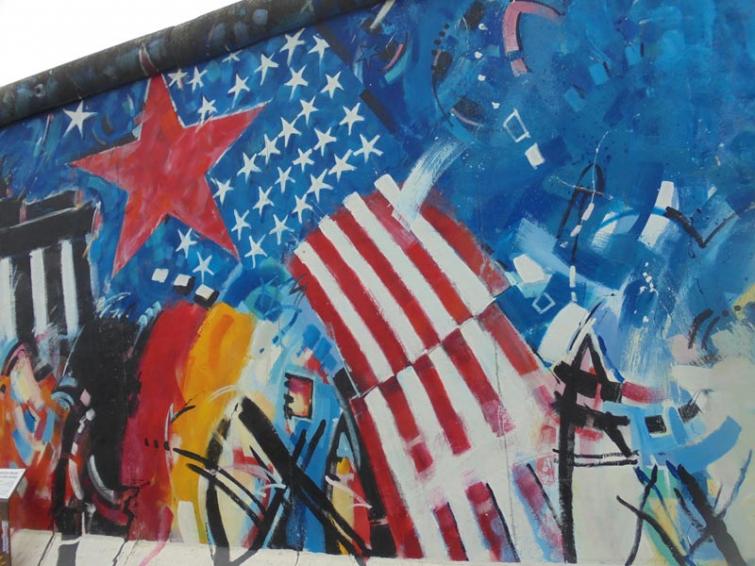 30 years on, Eastside Gallery is Berlin's Wall of Freedom

Thirty years after the fall of the Berlin Wall (the momentous November 1989), the murals on the East Side Gallery on the remnants of the wall are as alive and relevant today with their message of peace and unity, discovers Ranjita Biswas.

Thirty years in a country’s history is but a speck in the span of time. But it can also be immensely significant for a country like Germany where the Berlin Wall came down in November, 1989, after being bisected for almost three decades.

The Wall, as it was called, was raised in 1961 dividing Germany into the ‘East’ and ‘West’ as the Cold War between the two super powers brewed which could not perhaps be anticipated by the hoi polloi fatigued by the devastation of the Second World War. 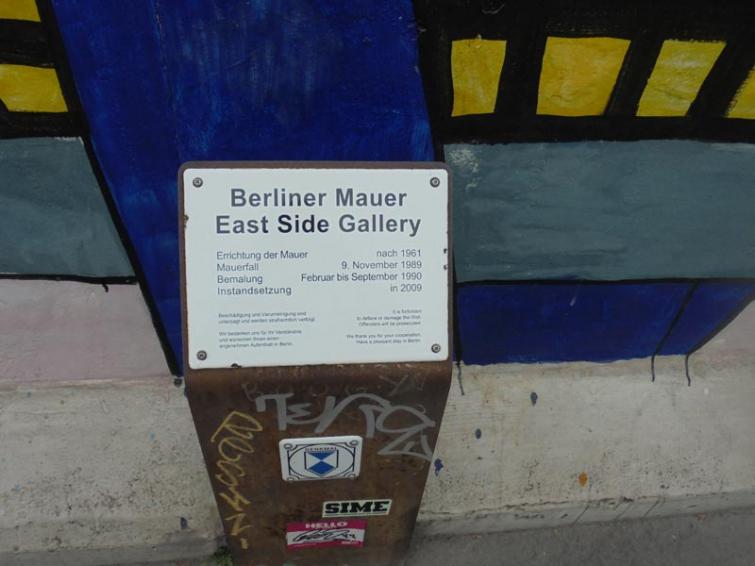 Naturally, countless stories of human tragedy of a people divided piled up. Thus when glasnost in erstwhile Soviet Union helped to unshackle the Eastern Bloc, it was inevitable that the Wall would come down soon hammered by people’s will.

An event that’s remembered 30 years on,  particularly when other walls are coming up, or about to, dividing people into segregated sections. 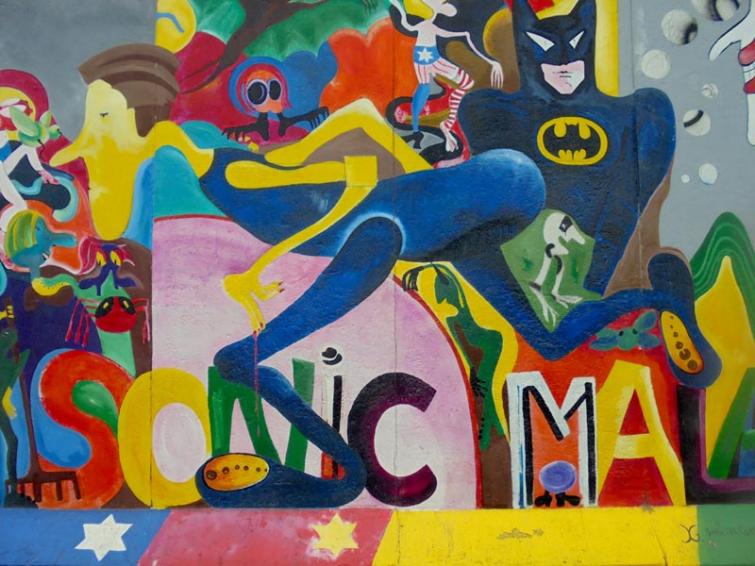 On the remnants of the Berlin Wall came up in 1990 the East Side Gallery,  an open-air gallery spreading across 1.3 km by the side of the Spree river, possibly the longest-lasting open air gallery in the world. At one time the other side of the Spree was East Germany. The Gallery was founded following the successful merger of the two German artists’ associations VBK and BBK.

The murals painted by 118 artists from 21 countries in a riot of colours and expressions speak of a yearning of peace, the courage to defy and the basic message of wanting to be free as human beings, unbound by bigotry and cruelty imposed on them by biased regimes. 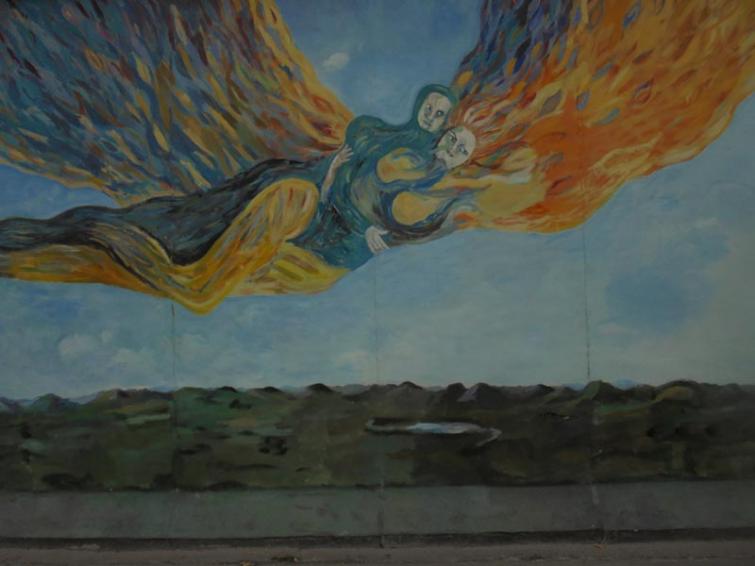 It does not need too much guess-work as to why visitors around the world to Berlin  make a beeline to  this heritage protected landmark. It is a gallery like no other. Take for example the mural Dancing for Freedom by Chennai-born artist Jolly Kunjappu, now a German citizen. The sheer joy of being free with linear figures in bright ‘Indian’ colours, with the message, ‘No more wars, no more walls, a united world’ does not need more elaboration.

The mural tilted Tolerance by Mary Mackey of USA highlights  images of a rainbow population. She was the only American artist to be invited to be a part of the painting project in 1990.  Mackey was also one of the artists invited to help restore  the murals in 2009  which were depleting through wear and tear. 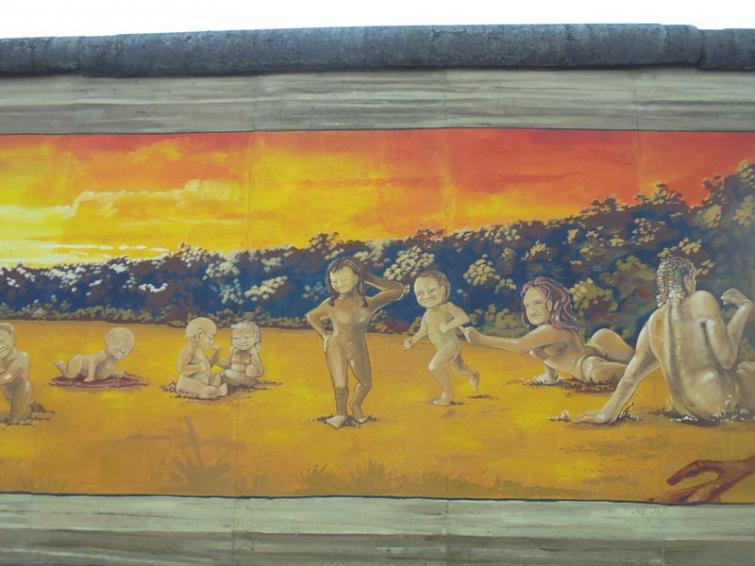 Henry Schmidt reminds in the panoramic Donâ€™t Forget the Love

Exiled Iranian artist Kani Alavi has this mural titled It’s Happened in November with heads of many people as if emerging in a flood. Alavi came to Germany in 1980 from trouble-torn Iran.  In an interview with DW, the German channel, when asked why artists, including him, painted the Berlin Wall he had said, “... it’s a document and we’re fighting to preserve it so that no one comes up with the idea of building another wall in Berlin.” Talking about the restrictions on Iranians travelling to the US imposed by President Donald Trump (2017), Alavi invited him to visit the East Side Gallery so that “ ...I can tell him why this wall in Berlin is still standing.” 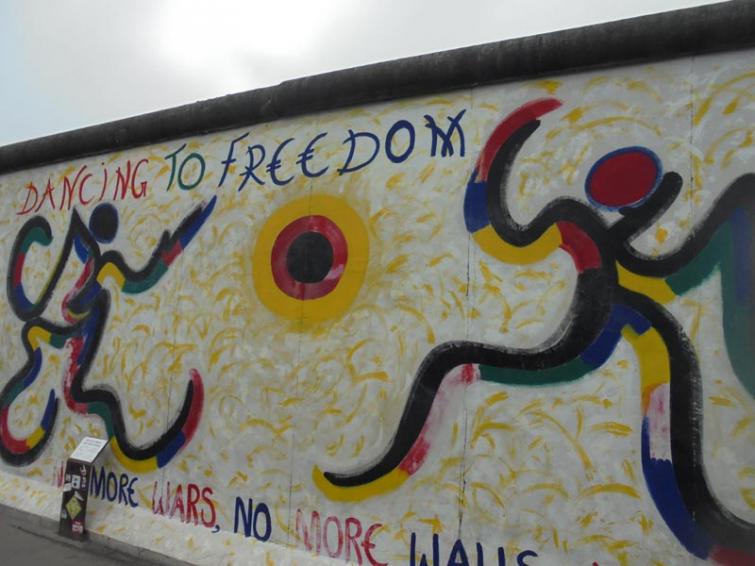 Susanne Kunjappu’s Curriculum Vitae chronicles the events from 1961 to 1989 with the powerful message ‘Escape is mighty method to destabilise’ and ending with the year 1989 with the message, ‘Gratitude to the killed and surviving refugees.’ 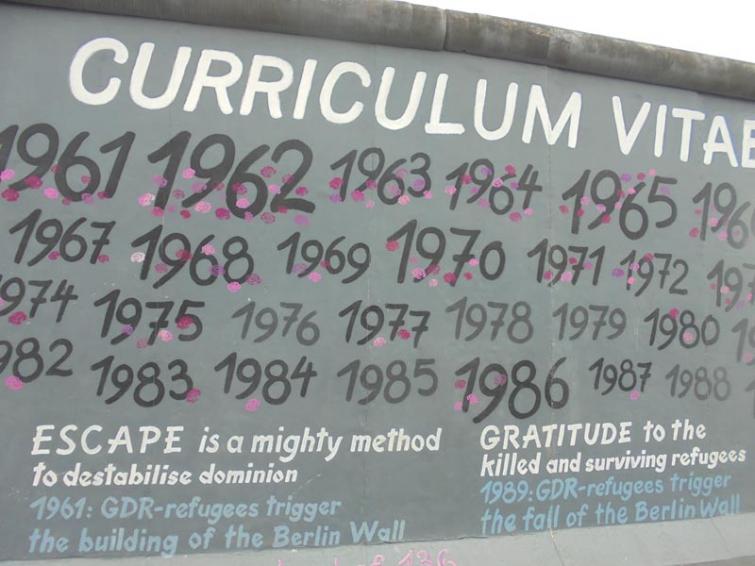 But  in these turbulent times the message of love still holds as Henry Schmidt reminds  in the panoramic Don’t Forget the Love. 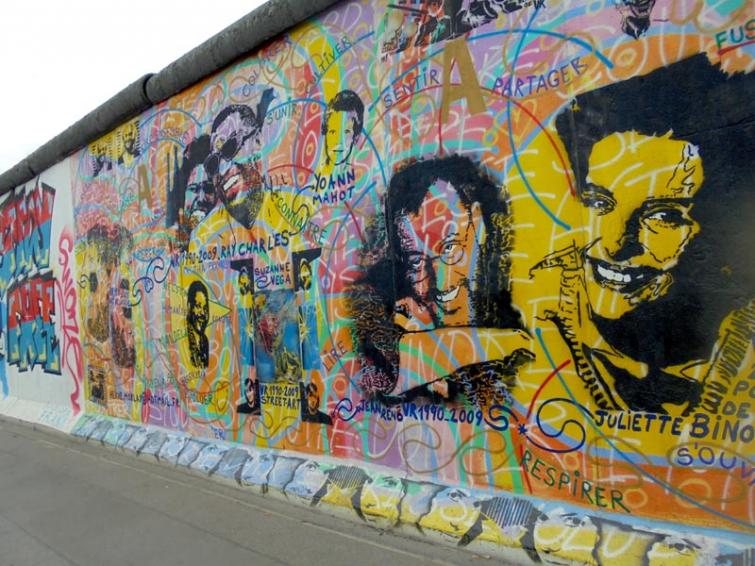 The East Side Gallery is much more than a mere exhibition of murals. Every painting has something to say about a time 30 years ago but as relevant today. 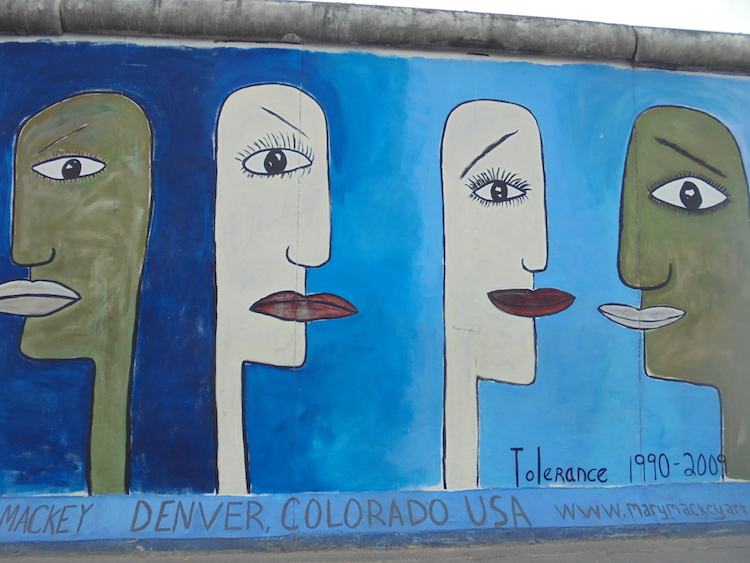 Tolerance by Mary Mackey of USA 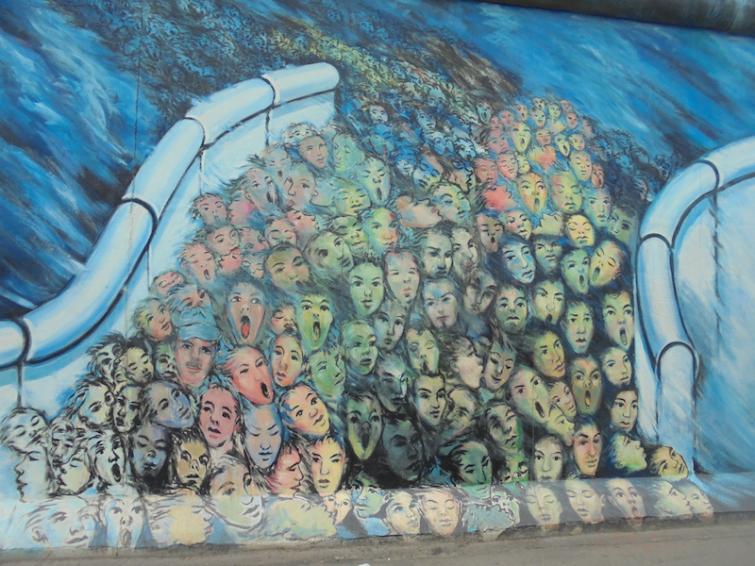 It's happened in November by Kani Alavi