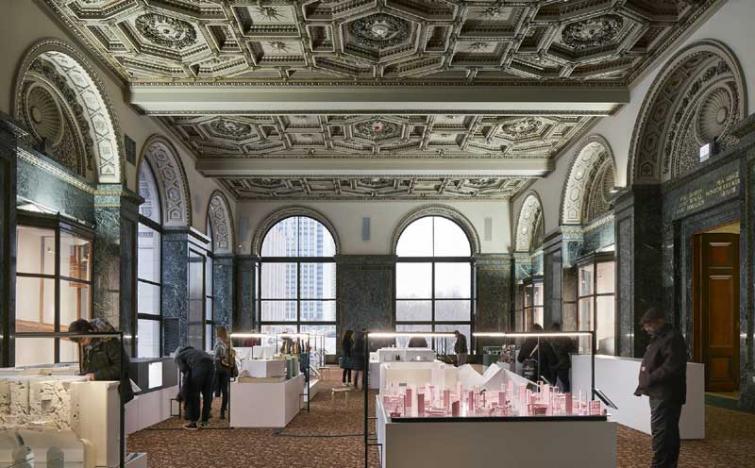 Chicago Architecture Biennial, the largest architecture and design exhibition in North America, is returning to the city in September for over three months. This year, India too has a significant presence at the event that marks Chicago as the cultural capital of USA.  Sujoy Dhar reports

"We are looking at architecture in a form of advocacy," says Todd Palmer, Executive Director, Chicago Architecture Biennial, sitting for this interview in a sprawling hallway of the city's centrepiece building, Chicago Cultural Center, overlooking the iconic Millennium Park that now boasts of the 200- steel plate sculpture Cloud Gate, a selfie darling and new age symbol of Chicago, designed by India-born British sculptor Anish Kapoor. 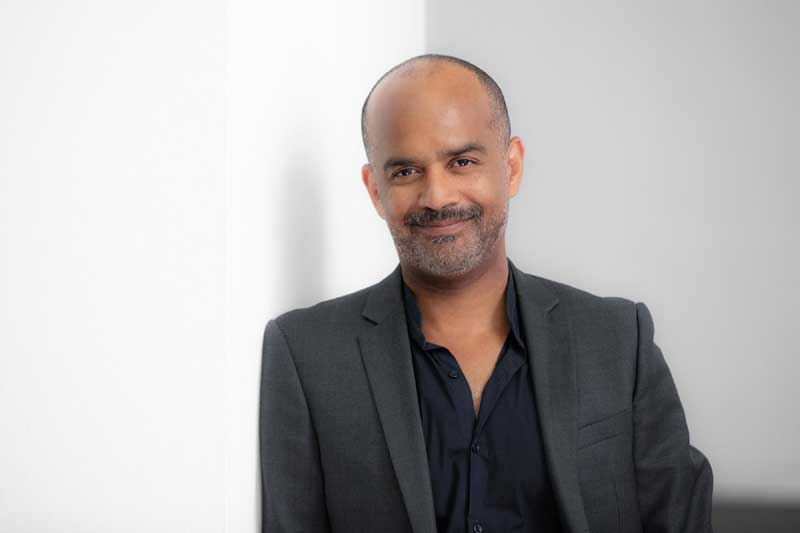 As he speaks- with the writer’s eyes inevitably travelling outside the window panes to catch glimpses of the park with mind-blowing public arts- Todd exudes pride to be part of the Chicago Architecture Biennial,  the largest architecture and design exhibition in North America. It is returning to the city on Sept 19, to continue till  Jan 5, 2020. 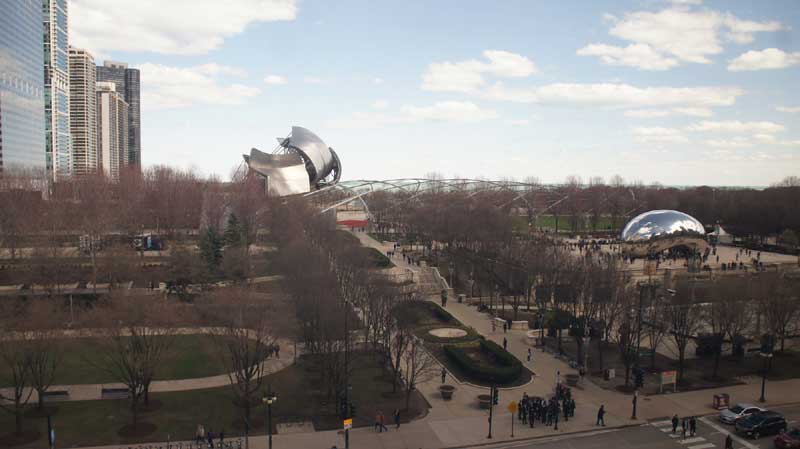 The third edition of the biennial is particularly inspired by Chicago, moving beyond the grand narratives of the city’s architectural heritage to explore its history and the journey of urban development.

“Biennial is north America's largest exposition of architecture. You look beyond the famous and discover the ordinary and unsung who influenced architecture. The focus is on housing and public space,” he says. 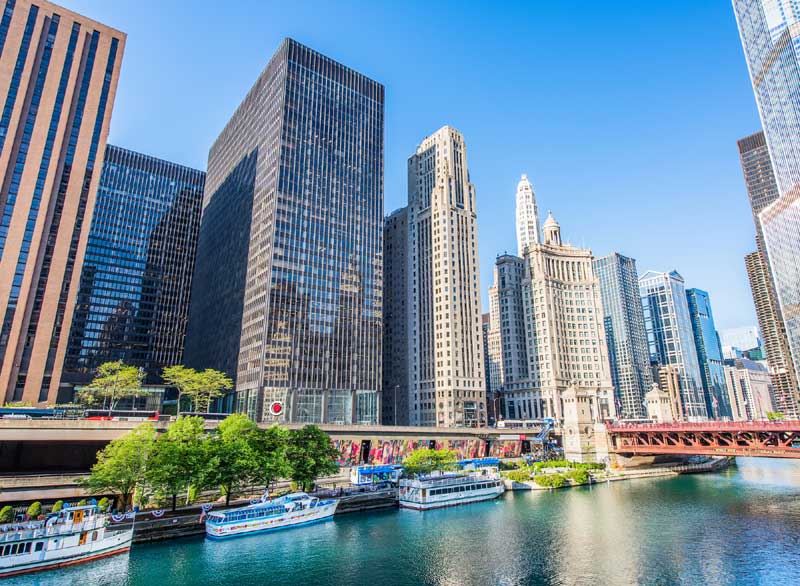 “We invite practitioners of sanitation and clean cities from India, Africa and Europe,” informs Todd assuring that the biennial is going to be a public spectacle.

Developed through a research-led approach, the biennial will address the potency of space, architecture, and the natural world as they relate to four areas of inquiry: (1) No Land Beyond, which draws inspiration from indigenous approaches to nature, ecology, and landscape that transcend property ownership; (2) Appearances and Erasures, which explores both shared and contested memories in consideration of monuments, memorials, and social histories;  (3) Rights and Reclamations and (4) Common Ground, which foreground aspects of rights, advocacy, and civic purpose in architectural practice, including affordable and equitable housing. 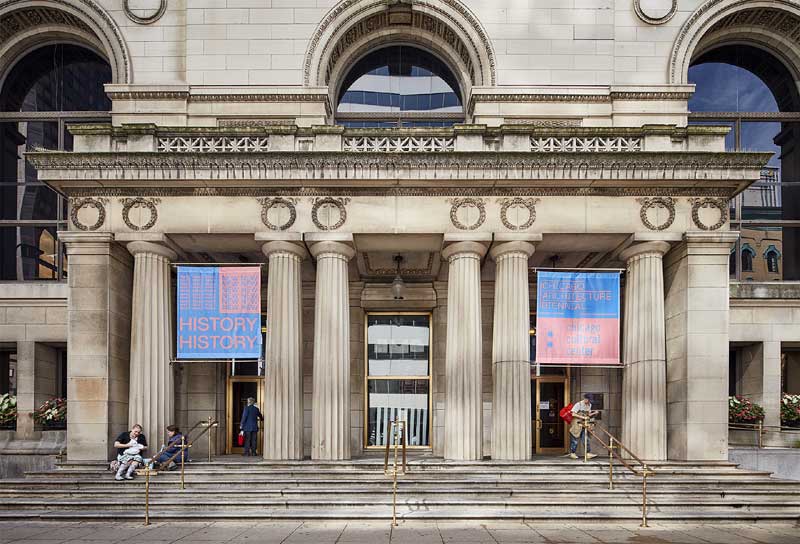 This year, India’s Mumbai-based architect and urban designer Rohan Shivkumar and filmmaker-cinematographer Avijit Mukul Kishore are among the invitees in the discipline of “Film” at the biennial.

"We are going to be part of the biennial and share our works on architecture and modernity. I can only share this much now," says Rohan, who is the co-editor of the publication on an interdisciplinary research and art collaboration- ‘Project Cinema City’.

The duo are makers of  “Lovely Villa — Architecture as Autobiography”, a 30-minute documentary on famous architect Charles Correa’s LIC Colony in Mumbai’s coastal suburb of Borivali. 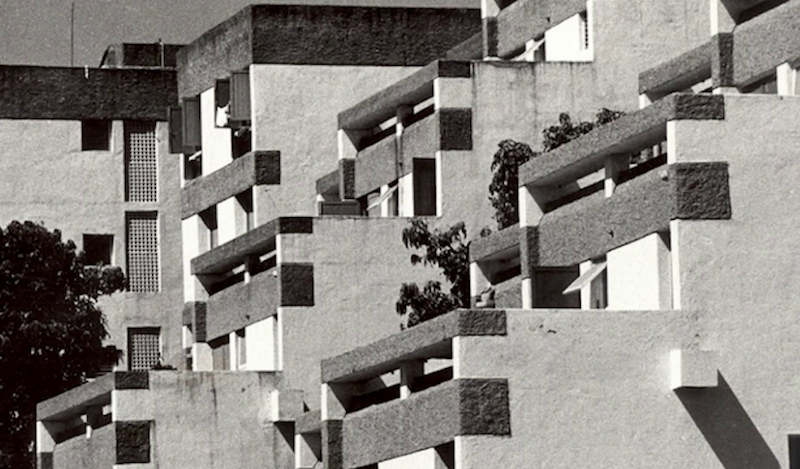 Image: A still from the film Lovely Villa by Rohan and Avijit

While one of the makers of the film- Rohan Shivkumar- grew up in Lovely Villa, the name of the apartment building or the LIC colony designed by Charles Correa to represent an imagination of the ideal community for a modern India back in early 1970s, the film is about the relationship between architecture, everyday life, family, coming of age, desire, and the memory of ‘home’.

Another participant this year is Mumbai-based studio CAMP in the discipline Architecture. CAMP was founded in November 2007 by Shaina Anand, Sanjay Bhangar and Ashok Sukumaran. CAMP is a studio, in which ideas and energies gather and become interests and forms.

In the discipline of Art-Video/New Media, the participant is RMA Architects (Boston-Mumbai), founded by Rahul Mehrotra, who is an architect, urbanist and Professor of Urban Design and Planning and Chair of the Department of Urban Planning and Design at Harvard University’s Graduate School of Design. 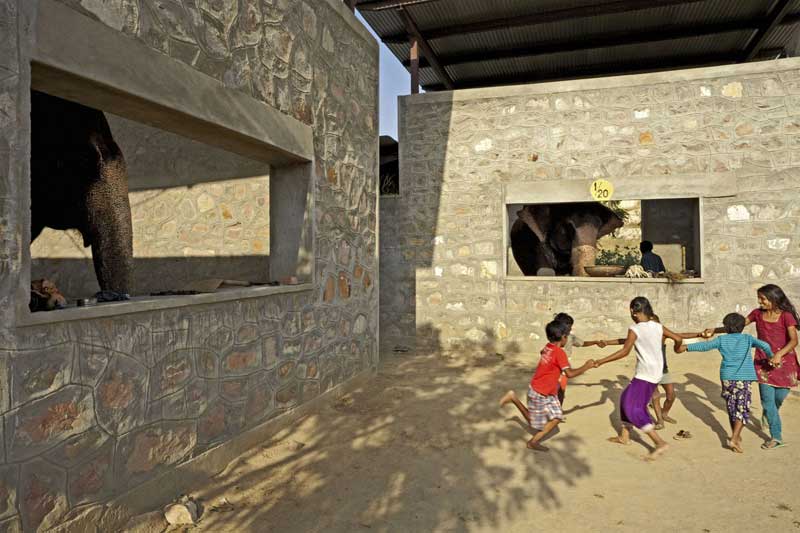 Mehrotra has designed projects that range from recycling urban land and master planning in Mumbai to the design of art spaces, boutiques, weekend houses, factories, social institutes and office buildings across India – encompassing interior design and architecture to urban design, conservation and planning. 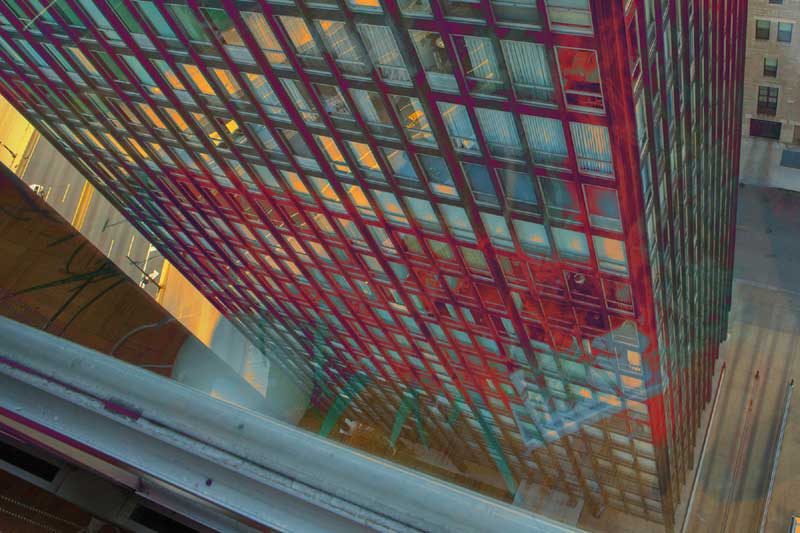 According to Todd, performances and symposiums  would mark the biennial which is committed to providing a platform to unite the global vanguard of architectural thought and practice with the city of Chicago’s unique legacy of architectural innovation.

In addition to its biennial constellation of exhibitions, full-scale installations, programming, and educational initiatives, the organization stewards and promotes an ongoing dialogue on architecture in and around the city. Each edition of the Chicago Architecture Biennial takes as its core a theme that addresses the most compelling issues in contemporary architectural practice. 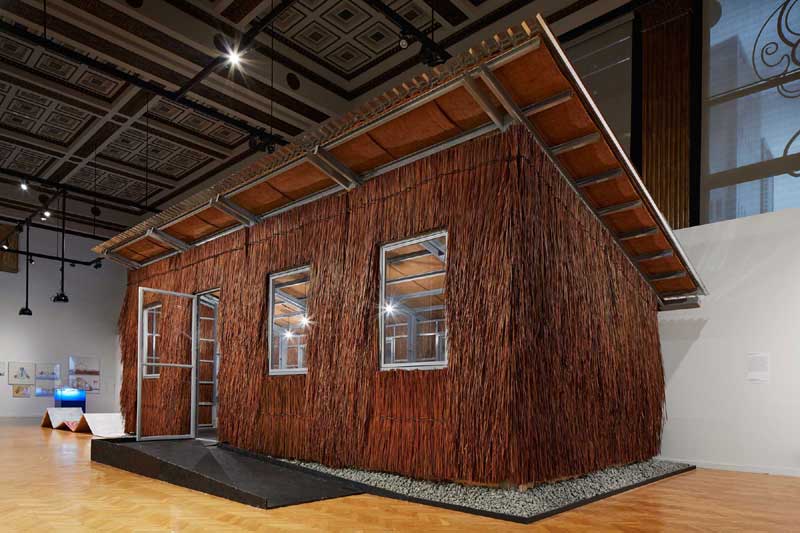 “Here we try to reach out to decision makers. At the 3rd biennial there is a also a forum for leaders,” he says, adding that Chicago’s mayor is also involved in the event in a big way.

“We invite the architects, research architects and educators, looking at architecture as a form of advocacy,” he says. 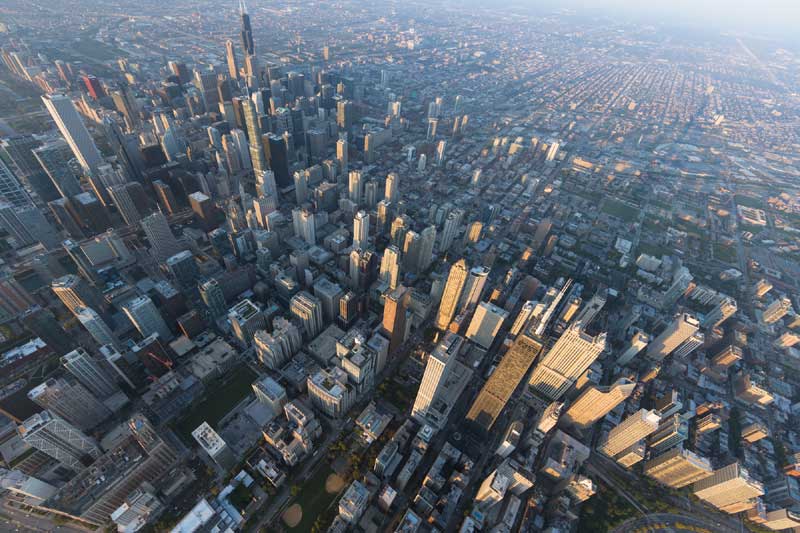 The third edition of the biennial is particularly inspired by Chicago but moving beyond its grand narratives of the architectural glory. This approach has inspired a broader view on the field of architecture to embrace practices that span building, design, planning, visual art, policymaking, education, and activism.

Emanating from the central exhibition at the Chicago Cultural Center and extending into the city, the 2019 Biennial will feature a series of new commissions, residencies, partner projects, and public programs.

“Our approach to this edition of the biennial has evolved through conversations with architects, spatial practitioners, and everyday people in Chicago and other global locations, including through partnerships fostered in our research initiatives in the cities of Sao Paulo, Johannesburg, and Vancouver,” says Artistic Director Yesomi Umolu. 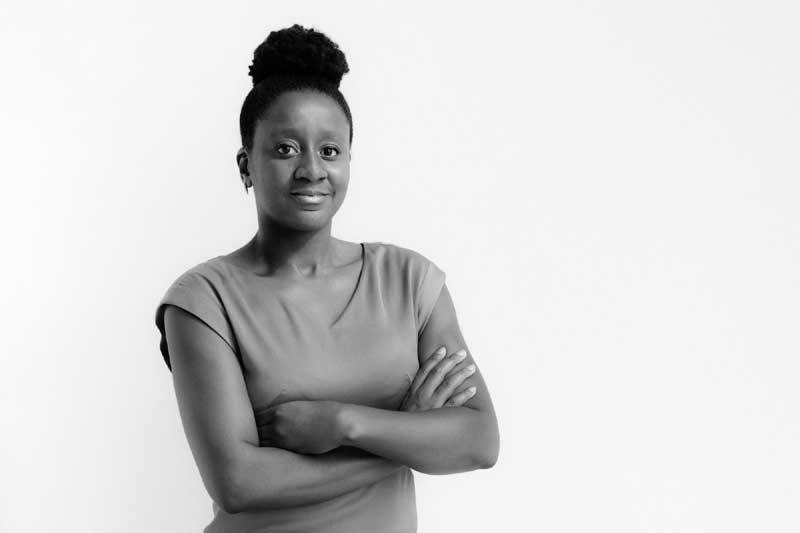 “Through these engagements, we have drawn out a myriad of stories about how lived experiences across global communities, cities, territories, and ecologies resonate with architectural and space-making practices.”

The central focus of the exhibition is to create reciprocal space for the exchange of ideas and strategies that open the field of architecture to new viewpoints, addressing the urgent and shifting conditions of our societies and imagining the built environment anew. 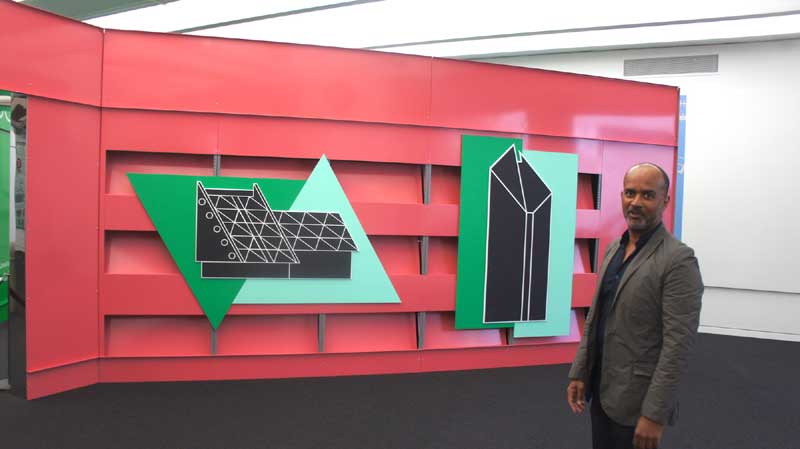 As Chicago Mayor Rahm Emanuel sums up: “The Biennial is a centerpiece of the Chicago cultural landscape, bringing the entire city together to celebrate, explore, and understand the legacy and impact of architecture. As a city with an architectural history that forms such a strong foundation of our identity, we are thrilled that this year’s team will shine a light on Chicago as a global convener for leading architectural thought." 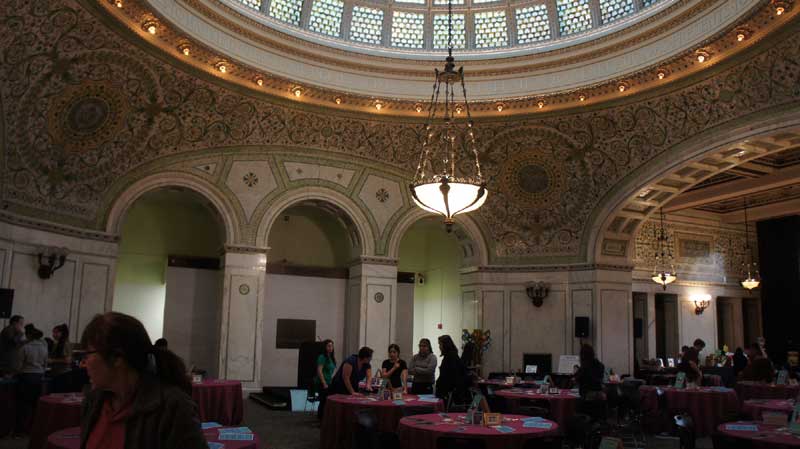