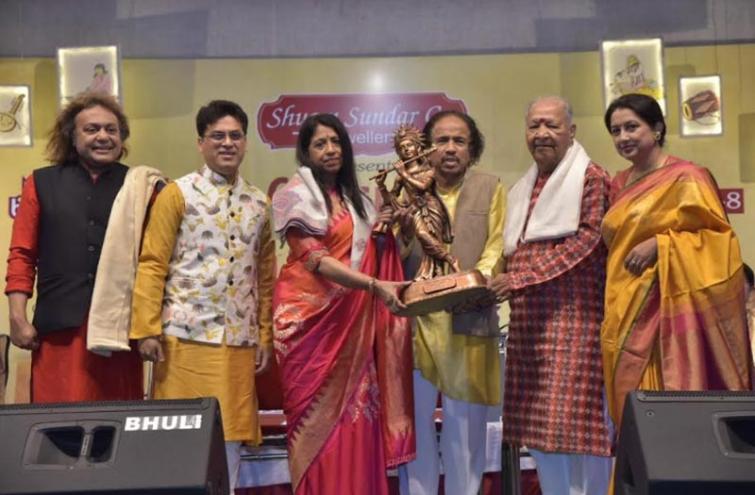 Kavita Krishnamurthy, accompanied by Dr L. Subramaniam  on the Violin and Tanmoy Base  on the Tabla, rendered a medley of songs.

‘Sarvottam Samman’ a lifetime achievement award was instituted by Shyam Sundar Co. Jewellersin 2016 to honour living legends who have excelled in their spheres of life and have risen to great heights – inspiring younger generations to rise and shine.

Rupak Saha, Director, Shyam Sundar Co. Jewellers said, "Shyam Sundar Co. Jewellers is honoured to extend the Sarvottam Samman to the living legends who have spent a lifetime dedicated to their passion and have become an institution by themselves. This year is very special to us as we are celebrating our Diamond Jubilee and we are really honoured to extend the Sarvottam Samman to a diamond of the classical music industry, the legendary singer Kavita Krishnamurthy ji.”

It was followed by performances by sitar player Budhaditya Mukhopadhyay, table player Soumen Nandy and others.

Arpita Saha, Director, Shyam Sundar Co. Jewellers stated, “This is our Diamond Jubilee year and we are commemorating it with a year-long celebration. We are overjoyed that this year’s Sarvottam Samman is really star-studded, including a former receipeint handing over the award to the new winner.” 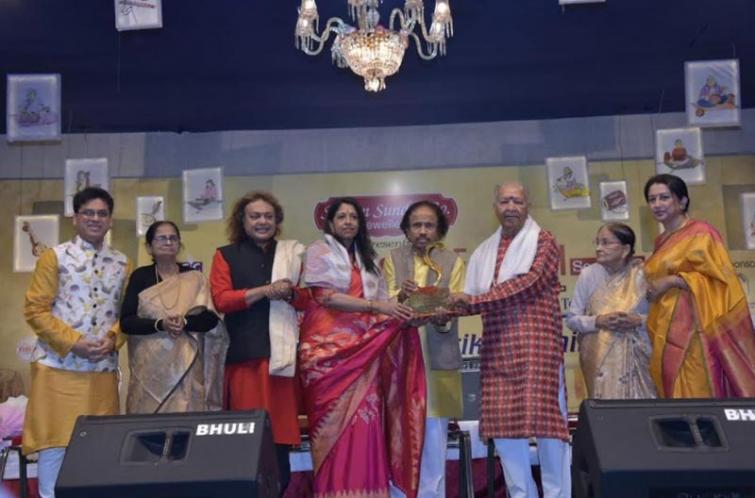 Said singer Kavita Krishnamurthy said, “This honour is really special to me and I am really overwhelmed to receive the Shyam Sundar Co. Sarvottam Samman.  I am thankful to the people of Kolkata, the city of Joy that I got a chance to serve them with my talent. This is a sign of love of people of Kolkata towards me. I have received many awards in my life and this is also very special to me like them. It will always motivate me to push a little harder in my life.”

“Behala Classical Festival”, presented by Shyam Sundar Co. Jewellers was a four day cultural affair, which began on January 9,  and offered a musical treat with the foremost performers of Indian classical music.

Shyam Sundar Co. Jewellers is a fairly old jewellery house, which started its journey from Dhaka (now the capital of Bangladesh), relocated to Agartala (Tripura, India) after the Indian independence, and finally settled in Kolkata.