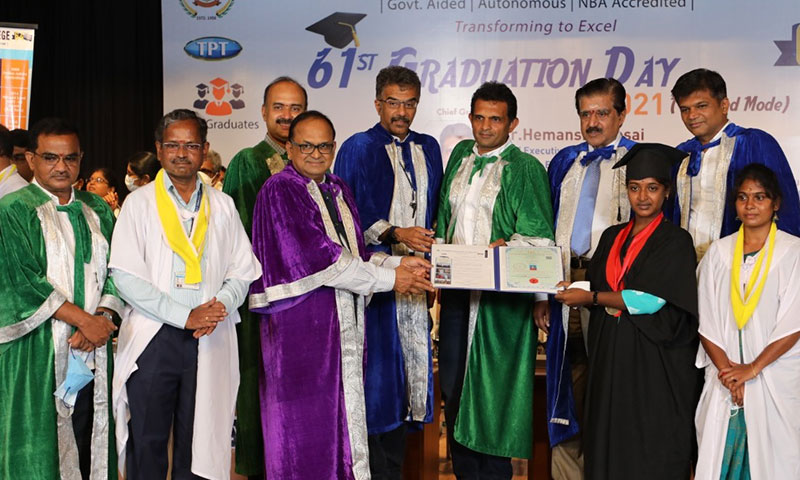 In his address Desai dwelt on the importance of 4Ts to be followed by every professional where the first T stands for ‘Thank You’, second for ‘Think’, third for ‘Trust’ and the fourth for ‘Try’.

The students acknowledged these inspiring words and expressed their gratitude with instantaneous applause.

In the second guest of honour address Thiagarajar Polytechnic alumnus, 1985 Civil Engineering batch, NG Muralidharan currently Consultant, India Radcrete Pacific Pvt. Ltd., Chennai recalled his days at his alma mater and the deep values that it instilled that continue to guide his work ethic to this day.

C Valliappa, Chairman, Sona group of Institutions joined in awarding certificates to 56 students who had secured first, second and third rank holders in their respective disciplines.

In all 92 graduating women students were complimented for their choosing engineering discipline and coming out with flying colours. 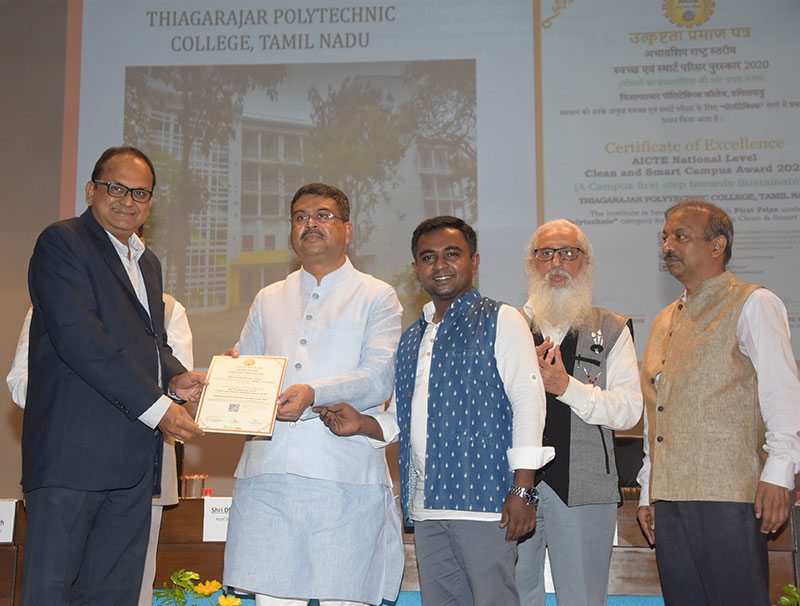 The Polytechnic was among the few institutions to win a large number of AICTE Pragati Scholarships for its women students.

Thyagu Valliappa, Vice-Chairman shared that he was pleased to see that 283 successful students chose to pursue higher studies in some of the prestigious institutions.

Chocko Valliappa, Vice-Chairman spoke on the exceptional work done by the institution in quickly moving to online education without a day’s disruption when lockdown was announced.

He alluded to the commitment of the College academic and administrative team in delivering the best outcomes for the students as demonstrated by the placement of its students in marquee companies.

A strong industry-academia connection not only helped the polytechnic produce strong academic performance but an equally stellar intake of its graduating students by industry.

Principal Dr V Karthikeyan appreciated the students for their recognition at technical competitions both at national and regional levels.

M Athik Mohamed of Civil Engineering interacted with Prime Minister Narendra Modi in a video session to showcase his prize winning ‘Heritage Race’ digital game as one of the finalists of Toycathon 2021, a national competition with nearly 2000 entries.