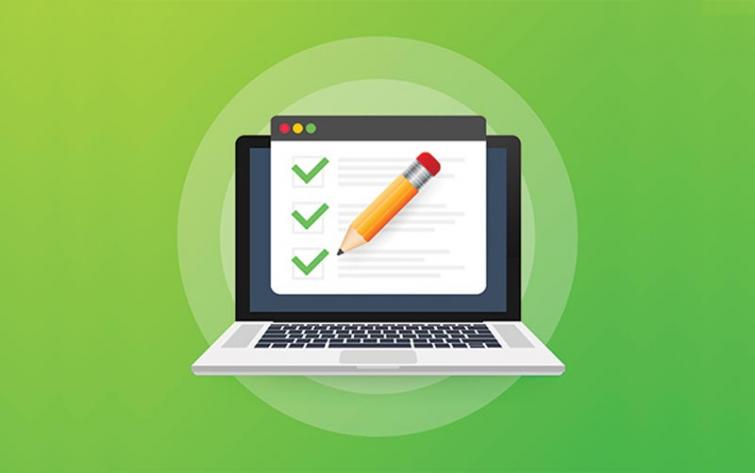 Titled MBA Outlook 2020, the report touches aspects related to students who want to pursue a post-graduation degree in management.

The study conducted by Shiksha identifies the changing trends, factors and mindset of MBA aspirants and the parameters that play a crucial role in the college selection process.

According to the report, XAT, IIFT, CMAT, NMAT, SNAP and UPSEE are popular entrance exams apart from CAT and MAT in north India.

CAT and MAH-CET are the most popular entrance exams in western India followed by CMAT, SNAP, NMAT and MAT.

On the other hand, MAT is more popular than CAT in eastern India followed by IIFT, IBSAT, SNAP, NMAT,TISSNET and OJEE.

In central India, CMAT is more popular than CAT followed by MAT and other entrance exams such as NMAT, SNAP and IBSAT.

Average count of MBA entrance exams given by students across regions in India:

The data available with Shiksha show, 86% of the students in southern India (South) enrol for two or fewer MBA entrance exams whereas this average stands at 69% in northern India (North) and central India.

In western India (West) and eastern India (East), as many as 85% students enrol for only three or fewer MBA entrance exams.

The percentage of students, who enrol for four or more entrance exams, is the highest in central India at 23% followed by West, East and North with an average of 14%.

In South, there are only 5% such students.

Over 75% of the students from South and West want to study in their respective regions, the report says.

However, there are only 25% such students in central India and East.

Students from all across India except those from central India and the East are least interested in studying MBA from central and eastern regions.

On the other hand, West is the top runner when it comes to being the choice of destination for education for students from all across the country.

According to the survey, 45% students from the North are interested in studying MBA from colleges located in the West and the South.

Cities preferred by students to study MBA in India:

The report shows 70% of the students from the West want to study in more than 400 MBA colleges located in Mumbai, Pune and Ahmedabad.

The majority of the students from the East are more interested in large cities such as Bengaluru, Delhi, Pune and Kolkata.

Only 22% of the students from the East want to study in their own region.

For students from central India, Indore is preferred over other large metro cities for studying MBA.

Similarly, 79% of the students from the South show interest in studying in MBA colleges based out of large/small cities in this region.

Next 15% of the students prefer top metro cities like Delhi, Mumbai and Pune.

In the North, 57% of students prefer the four major metros to pursue MBA.

Information most wanted by aspirants while researching for MBA colleges in India:

According to the study, authentic or verified college reviews given by students and college rankings published by credible sources are considered necessary information by students while researching, followed by placement, fees  and scholarship, admission requirements, programmes offered and alumni success stories.

Questions and answers related to colleges are also considered important by students in some regions.

MBA specialisation preferred by aspirants before taking admission in college:

Marketing has a higher preference in the West and the East whereas Finance is more popular in the North, central India and the South.

Only 10% of the students in the North prefer International Business as their MBA specialisation.

Of all the MBA specialisations Business Analytics & Digital Marketing are gaining popularity among the student’ community, compared to other specialisations such as Operations and International Business.

Changing trends of the influencer platforms (other than Google) for students taking college admission decisions:

Consumer behaviour is changing and students are now moving towards online platforms for credible information.

Today, College Listing & Ranking sites (such as Shiksha) and the official website of the colleges are the top preferences of students pan-India for sourcing authentic information such as college reviews, fees & scholarships, admission details, college photos, and other college-related Q&A.

However, in the South, opinions and suggestions from family and friends (word-of-mouth) are as popular as the college listing sites and official website.

Vivek Jain, Chief Business Officer, Shiksha.com said, “It’s clearly visible that requirement for direct and authentic information from credible sources has increased over the years. Students prefer authentic or verified college reviews and listings, direct interaction with current students over traditional sources of information such as student fairs, family/friends and print advertisements which are losing their sheen as compared to the more popular online options."

"Foreseeing the growing need years ago, we, at Shiksha started working for today’s requirement and now Shiksha has more than 1.6 lakh authentic college reviews on its platform and has recently introduced a new integrated ranking mechanism to show the College Rankings released by renowned publishers without any bias,” he said.

Top representatives of a college that students want to interact with for admission related information:

Aspirants prefer to interact with current students of colleges to get more information and resolve their doubts and confusion, the report unveils.

Colleges should focus on the interaction of their current students with prospective students for better engagement and higher conversions.

Shiksha has more than 1,500 campus ambassadors across 800+ top universities colleges in India, who address student doubts and queries related to admission in their respective colleges and courses.

Webinars can evolve to be a better platform to reach students before admissions and engage with them.

Top concerns of students before taking admission in a college in a particular region:

Shiksha survey 2020 shows, college reputation and accreditation is by far the most important concern of the students across India.

Financial concerns are the second most important criterion for students across India except North, central India and the South, where skill learning and student development become a larger concern.

Most of these concerns are evenly spread across regions.

Concerns such as discrimination, poor infra and student diversity are of least importance across regions in India except for the North and the South.

Top value-ads that students are looking for from a college before deciding on admission:

According to Shiksha’s MBA Outlook 2020, corporate exposure/projects and skill development programmes are prominent value-ads for the students from the North and the East. Colleges can use them as a marketing proposition to influence students’ decisions.

Work-experience while studying, practical classes and new and advanced equipment are emerging value-ads for the students from central India while shortlisting their post-graduate college.

Moreover, cultural experiences and quality students can also be an effective showcase for colleges from the South and central India to attract prospective students.

Experienced faculty and location of the college can be used as a pointer in the marketing communication to attract students from the West and the South.

The report also shows that requirements such as scholarship programmes, online/virtual classes, and certification programmes can also be an effective showcase for colleges to attract prospective students.

"According to the survey report, we can strongly state that the preferences of students have changed immensely over the past four years. Students are now clear with their approaches and preferences, and are in the state of making smart decision for themselves. We believe the survey done by Shiksha will help MBA colleges across India to take necessary steps to stay abreast with the changing requirement of MBA aspirants," said Vivek Jain.

The full report can be downloaded from: https://www.shiksha.com/public/mba-outlook-survey-2020.pdf