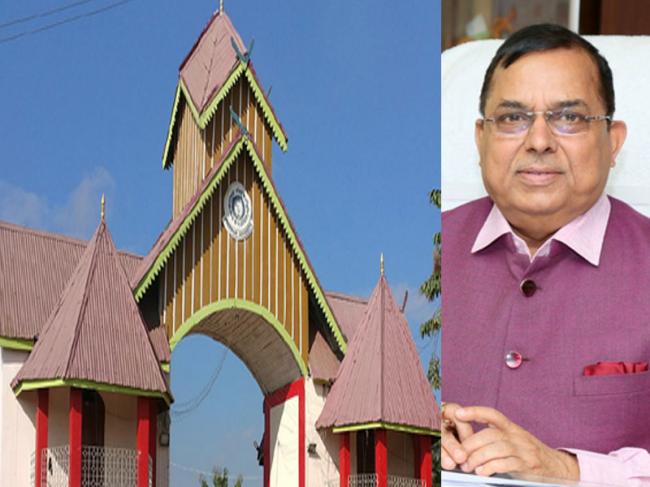 Guwahati, July 24 (IBNS): Protesting the ongoing deadlock in Manipur University, which halted the academic activities in the higher education institution for last 55 days, students staged a demonstration outside the state assembly on Monday.

In an attempt to alley the protest, police resorted to lathi charge and used smoke bombs and tear gas shells.

As a clash between the two parties, police and students, ensured, at least eight students sustained injuries.

Later, the area was cordoned-off and section 144 (curfew) was imposed by the district administration.

A large number of police personnel, commandos have been deployed to maintain law and order situation.

Earlier, the MUSU and other students organisation had threaten to storm the assembly complex by demanding actions on several issues, including removal of Manipur University Vice Chancellor Prof Adya Prasad Pandey.

The MUSU has continued their agitations by demanding to oust the Vice Chancellor, following allegations of financial irregularities and administrative negligence.

On the other hand, the Manipur University issue was also raised inside the Manipur assembly by the Opposition.

Opposition Congress MLAs, K Govindas and K Ranjit, had plead the assembly speaker to discuss the issue, but the speaker denied the plea.

Meanwhile, the Joint Tribal Student Bodies, Manipur, on Monday, announced that the blockade on National Highways - Jiribam-Imphal, Moreh-Imphal and Dimapur-Imphal will continue.

The Joint Tribal Student Bodies, Manipur, too has demanded to oust the Vice Chancellor of Manipur University.

However, the tribal body leaders said in a statement that they have suspended the indefinite hill strike.