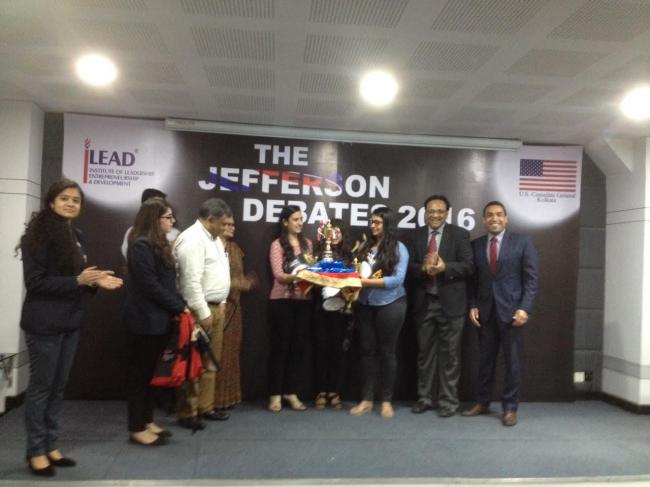 The fifth edition of the series saw students from leading city colleges such as Jadavpur University, Calcutta University, Loreto College, St. Joseph’s College, iLEAD, Meghnad Saha Institute of Technology among others debate if “Presidential Systems Tend to Focus Electoral Campaigns on Personalities rather than Political Platforms.”

He said,"I am happy we partnered with iLead to host the Jefferson Debate.  I'm even more honored to moderate the debate between these young brilliant minds. The U.S. Presidential elections do serve as example for the world and it's great that these young students are observing them."

The young student leaders battled it out at this debate and the proceedings were both exciting and thought provoking.