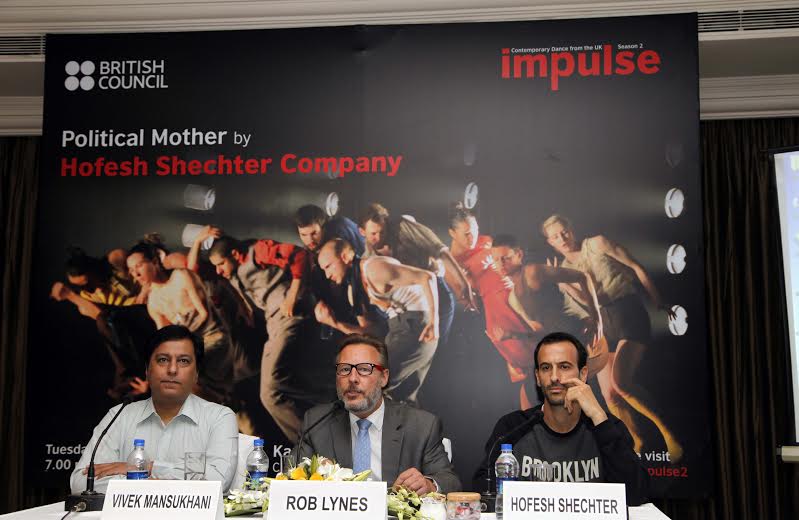 The HofeshShechter Company tour performances will be held in Hyderabad, Delhi, Kolkata, Bengaluru and Chennai. In Delhi the performance is on  Sept 9  at Kamani Auditorium, Copernicus Marg.

Impulse Season 2 is a three-month long celebration of UK dance and is part of the British Council’s Re-Imagine Arts initiative. It features three leading dance companies from the UK during September, October and November 2014. Scottish Dance Theatre returns to India after Impulse Season 1, while HofeshShechter Dance Company and Avant Garde Dance make their debut in India.

In addition to the fifteen performances scheduled across the major theatres in six cities, the company dancers and musicians are looking forward to participating in a range of outreach activities — workshops, lecdems, masterclasses and collaborative sessions — with practitioners and students across the country.

Re-Imagine Arts is a five-year initiative that was launched in 2013 to develop stronger cultural ties between India and the UK with an objective of showcasing, providing Arts education, enhancing skills development, fostering research and insight and bringing about creative collaborations in various art forms. The initiative covers all the art forms including music, dance, theatre, film, literature, design and the visual arts.

Political Mother is a 70-minute dance act that presents Shechter’s emotional and gritty complexity with pulsating live music, extraordinary ensemble sequences and cinematic editing and particularly appeals to the youth.

It is performed by 10 dancers and is accompanied by Shechter’s cinematic score featuring a band of live drummers and electric guitarists. The show is for all lovers of dance, theatre and music. Audiences experience hard metal-like music and fast-paced folk dance in this political commentary.

“We have taken Political Mother to cities across Europe, US and many cities in UK to audiences who have seen lot of contemporary dance acts, ballet and operas. In that sense those audiences and their reactions to our act are different. I am eager to witness the reactions of Indian audiences given that this country is home to classical forms of drama, music and dance and of course Bollywood.  We have always had India on our minds for these reasons and are excited to perform here in front of Indian audiences,” said HofeshShechter.

In November, Impulse 2 concludes with The Black Album by Avant Garde Dance,  a London based company pushing the boundaries of hip-hop and contemporary dance. The tour will be from 1-21 November 2014 and the performances will be held in Delhi, Kolkata, Mumbai, Hyderabad, Bengaluru and Chennai.