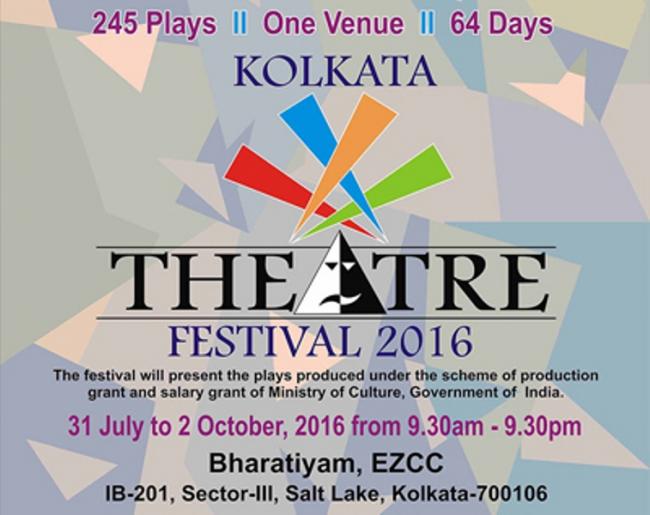 The festival- Kolkata Theatre Festival 2016- will showcase as many as 245 theatres of several groups at Bharatiyam Cultural Multiplex in Kolkata's satellite town Salt Lake.

The theatre festival was inaugurated on Jul 31 and will be continued till Oct 2.

One official of organizer- EZCC- told IBNS, "This is the biggest theatre festival, not even in Kolkata, in the World as well. Several groups will play 245 theatres at the same venue and it would be continued for 64 days."

"Besides play, few exhibitions, seminars and workshops on theatre have also been organized there. The entry is absolutely free," he added.

All details regarding the festival, including the schedule, are available in EZCC's official website- www.ezccindia.org .