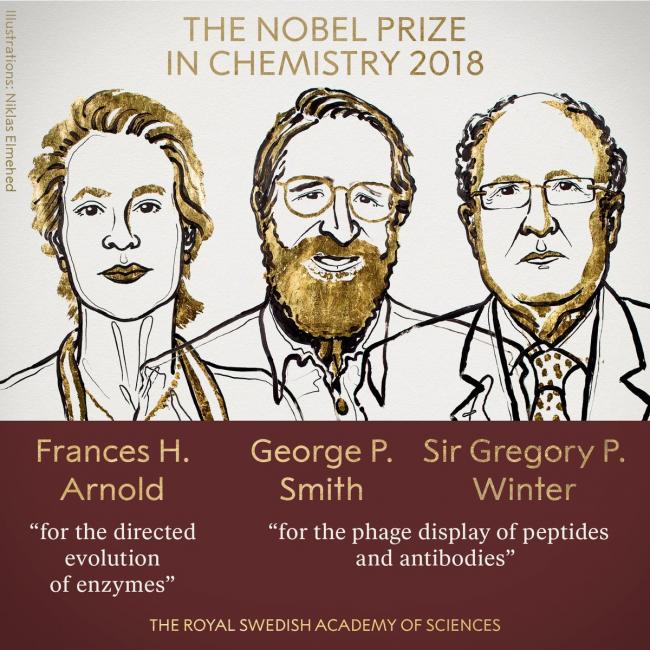 Stockholm, Oct 3 (IBNS):  Frances H. Arnold and George P. Smith from the US and Sir Gregory P. Winter from the UK were given the  Nobel Prize in Chemistry on Wednesday.

The Nobel Prize in Chemistry 2018 was divided, one half awarded to Frances H. Arnold "for the directed evolution of enzymes", the other half jointly to George P. Smith and Sir Gregory P. Winter "for the phage display of peptides and antibodies," read the official website of The Nobel Prize.

On Tuesday, a woman had won the  Nobel Prize in Physics for the first time in 55 years.

Creating history,Donna Strickland, from Canada, has become only the third woman to win the award.

Apart from her, this award was earlier won by Marie Curie in 1903 and Maria Goeppoert-Maye in 1963.

As per the Nobel Prize website, the Nobel Prize in Physics 2018 was awarded “for groundbreaking inventions in the field of laser physics” with one half to Arthur Ashkin “for the optical tweezers and their application to biological systems”, the other half jointly to Gérard Mourou and Donna Strickland “for their method of generating high-intensity, ultra-short optical pulses”.