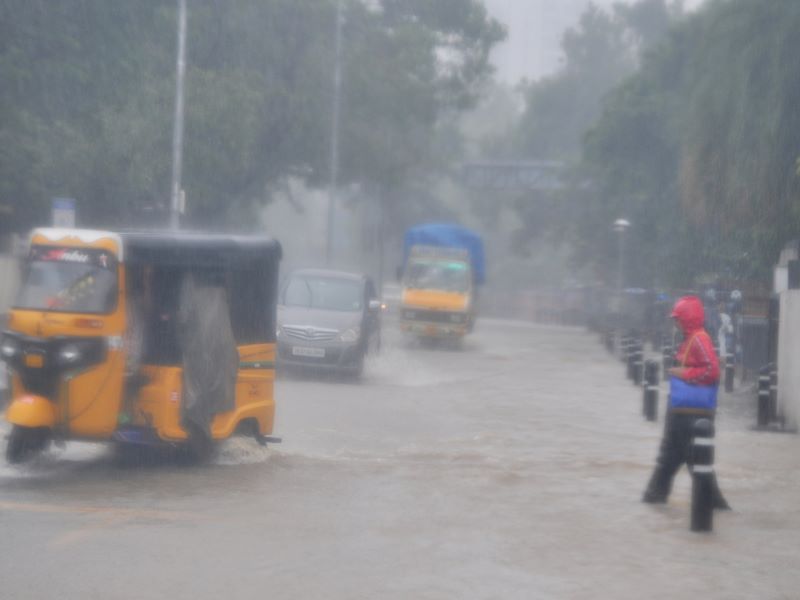 The coastal state has been receiving incessant rains for a week now. As per the India Meteorological Department's forecast, there will be no respite on Sunday, as the state would continue to receive rainfall under the influence of a low-pressure area in the Bay of Bengal off the Sri Lanka coast.

Chennai and neighbouring districts of Kancheepuram, Tiruvallur and Chengalpet have been receiving heavy rains due to the low pressure.

As per IMD's forecast, Chennai to experience thunderstorm with rain today. pic.twitter.com/ZLAcjqxFnJ

Tamil Nadu and Puducherry-Karaikal besides other nearby regions as the northeast monsoon season of October to December is the primary rainy season for the region.

However, rainfall due to the northeast monsoon was about 20 percent higher than average in the state capital,a regional meteorological centre official said, according to an India Today report.

Meanwhile, the weather office has also warned the fishermen to stay away from south Andhra Pradesh-North Tamilnadu-Puducherry coasts and adjoining southwest and west-central Bay of Bengal, said the report.

A total of 4,230 cubic feet of excess water was also discharged from Vaigai Dam in Theni, a dam official said, reported. Heavy rains prompted the authorities to issue a flood alert has been issued for Theni, Dindigul, Madurai, Sivaganga and Ramanathapuram districts.

Dams in the Coimbatore district are also overflowing.

On Saturday, the weather department said in its forecast for next 48 hours that skies across Tamil Nadu are likely to be partly cloudy. Moderate rain with thunderstorms and lightning is likely to occur in some areas of the southern state through Sunday and Monday.

The maximum and minimum temperature is likely to be around 30°C and 24-25˚C respectively, according to a press release.