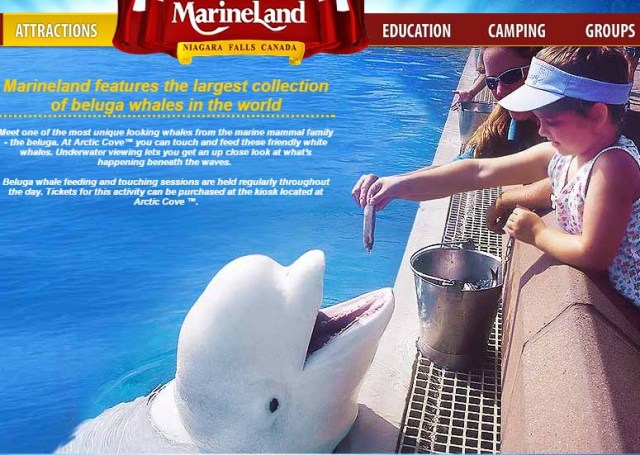 CP24 reported that following a complaint of animal cruelty, inspection officers accompanied by a veterinarian had gone to Marineland on Nov. 10.

“Reports of animal cruelty are taken very seriously,” said senior OSPCA inspector Steve Toy. “When we receive reports of cruelty that involve wildlife or exotic animals, we will utilize our experts as well as industry experts to assist us with our investigation.”

The charges that were laid against the Marineland included one count of letting a peacock to be in distress, one and two counts of failing to properly care of a peacock and guinea hens respectively, and for not taking proper care of about 35 American black bears and not providing them with sufficient food and water.

OSPCA visited the park in response to a complaint “by a former animal care worker who was fired for poor performance and inappropriate behaviour,” said Marineland adding that it had provided OSPCA with full access to the park and its thousands of birds and land animals.

In a statement sent to the Canadian Press Marineland had said, “A single peacock, out of thousands of birds, had an issue with one eye….peacock was otherwise healthy, eating well and interacting with all the other birds.”

Marineland also added that the peacock had been treated by the veterinarian who believed the bird “is fine and with appropriate treatment will return to the flock and lead a healthy long life.”

Concerning guinea hens, Marineland said these hens did not favourably react to the sudden entrance of four OSPCA staff into their arena.

“No guinea hens were unhealthy, needed medical treatment, or were not acting in a well-adjusted manner,” the park said.

Marineland also said that on the advice of OSPCA it has provided an additional area to accommodate guinea hens.

OSPCA had expressed a concern that one or more small labels attached to fruit and vegetables were found on the black bears’ food, said Marineland.

“That is regrettable but it does not pose any risk to the bears,” the park said. “The diet for and the health of the bears has been checked numerous times over the last three years by the OSPCA and each time has been approved.”

A complaint regarding water provided to the bears has never been made, said Marineland.

After the investigation, OSPCA did not remove any animals from the facility, but it said that monitoring of the animals will be a continuing process.

OSPCA spokeswoman Alison Cross said there were some pending charges, but she did not say more.

“If convicted, they could face a $60,000 fine, a lifetime ban in owning animals and up to two years in jail,” she said.

Marineland opened its doors in 1963.

Its owner John Holer started shows with a few sea lions in a small pool in Niagara Falls.

Since then it had grown into a huge amusement park with one killer whale, dozens of beluga whales, dolphins, walruses and land animals such as deer, bears, birds and fish.

Investigation of Marineland had been done before.

In 2012 there were many complaints from earlier employees of animal abuse at the park among both its marine and land animals.

Although no charges were made by OSPCA against Marineland at that time, it issued many orders, which were abided by Marineland.